Major team could reportedly be down a car in 2018 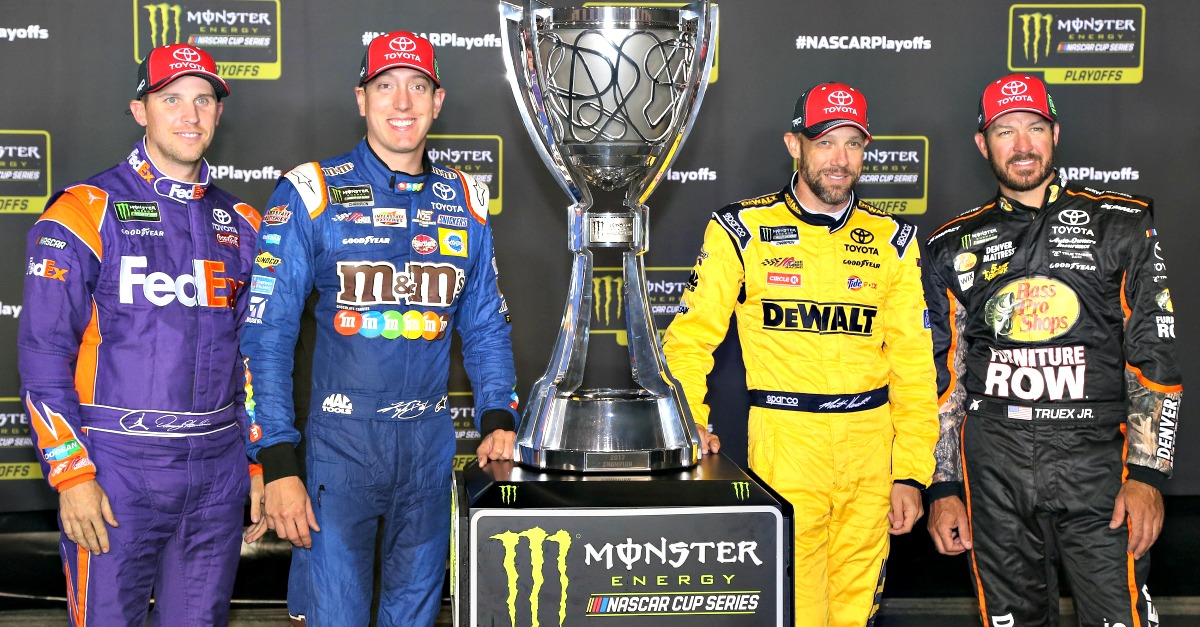 Just a month ago, Furniture Row Racing was bullish on its future. It had Martin Truex Jr. — the regular season champ — in the No. 78 Toyota, and the No. 77 ride became open when Erik Jones moved to Joe Gibbs Racing.

But now comes word that the  No. 77 may not run net season. Bob Pockrass of ESPN noted this in a tweet.

Furniture Row team indicates not looking good for the No. 77 car to be on the track next year. #nascar https://t.co/HZJ0lcWvQJ

That would be a blow for drivers looking for a ride. FRR president Joe Garone has previously told NASCAR.com that he’s gotten a lot of interest in the No. 77 Toyota.

“There have been some really good drivers that are looking around and that have inquired about the car because I think it is obvious the performance of the car is something any driver would like to be in right now. It hasn’t shocked me; it’s a compliment to the team some of the drivers that have talked to us.”

Bug that may not come to pass — and it might make Truex happy since he was lukewarm, at best, about a second car. In remarks reported by CupScene, he said:

“On one hand, we are two teams this year for the first time ever, and we’re having our best season. This winter, I was a little nervous because I’m like, ‘Alright, we’re going to two cars. We’ve got a lot of new people here. We’ve got a lot going on. Is it going to take away from our team,’ and it hasn’t, so I don’t really know.