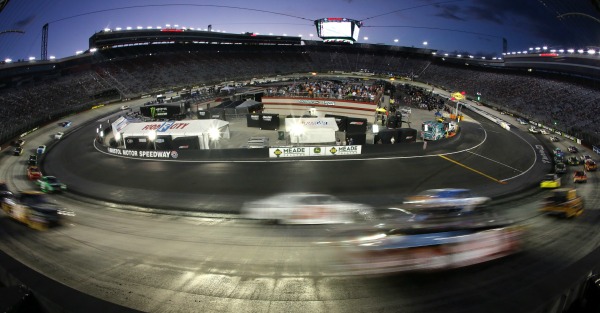 Bristol Motor Speedway never disappoints. The tiny track makes for nonstop action and night races have a certain charm. Too bad some viewers are missing out.

In an Ironic twist, some NASCAR fans can’t see Dale Earnhardt Jr. try to bag a win with time running out in his final season, but they can watch Junior’s favorite team play a glorified scrimmage.

How is this for irony. @NASCAR race isn't on tv on any channel. @DaleJr 's @Redskins are blocking it out on nbc.

Some NASCAR fans in the Washington, DC area were dismayed to find that the NFL preseason game between Washington and Green Bay had preempted one of the more exciting races of the year.

As fans furiously scramble to try to find the race, NBC is getting slammed for their decision to show an exhibition game instead of one of the final regular season races in the NASCAR season.