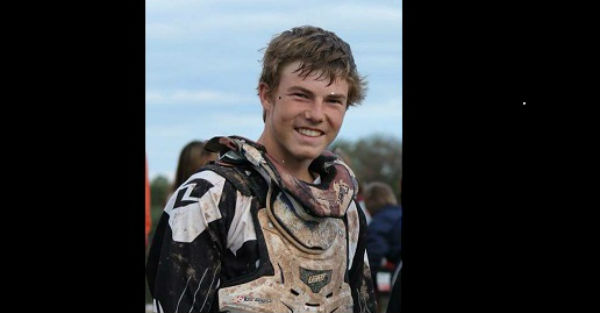 A young motocross rider who two championships in March was killed on a race track in Louisiana while helping younger riders.

Nathan Hall, 21, was helping young riders prepare for a national competition when he performed a jump off a dirt mound. While he was 30-feet up  in the air, his bike went out from under him, according to an account by WDRB.com.

Hall won two amateur championships in March and has gone pro after receiving sponsorship from Yamaha and others.

His hometown of Lebanon Junction, Ky., changed policy to allow a public event at its elementary school. That event was Hall’s funeral, which attracted more than 1,000 people, including riders from across the country.