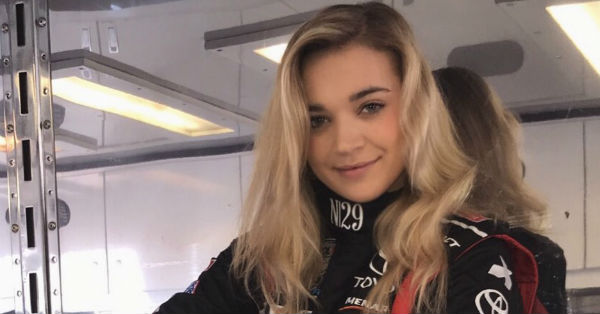 Natalie Decker has gotten a lot of publicity lately — and it’s all well deserved.

The 20-year-old became only the fifth woman in ARCA history to qualify on the pole and finished fifth at Daytona. Even a medical scare couldn’t keep her down (she needed oxygen and fluids after the race when her car’s cooling system wasn?t hooked into her helmet, so she overheated in her hot car.)

But when she’s off the track, she’s, well, just 20. So she took to Twitter to show her playful side with a Valentine’s Day post that has some her fans’ heart melting.

Blowing kisses to all my fans!! 😘 Happy Valentine’s Day I love you all so much! pic.twitter.com/fPJJS4ljWL

When Decker isn’t being playful, she’s focusing on her career.

Forget great start. She’s on her way to a great career.