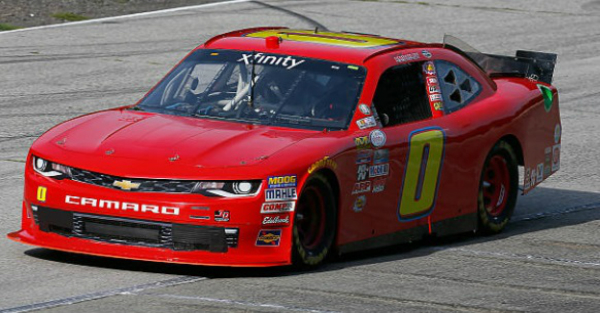 With the beginning of the 2018 NASCAR Xfinity Series right around the corner, one team is still looking to tie up some loose ends.

JD Motorsports has been involved with NASCAR for nearly 30 years and for the first time in the history of the team, they’re looking to run four full-time cars for the upcoming season, according to frontstretch.com.

Last season, Ross Chastain, Garrett Smithley and Harrison Rhodes competed for the team in the Xfinity Series. Chastain finished 13th in the points standings for the season, while Smithley and Rhodes each raced in 31 of the 33 races for the year. A rotating team of individuals competed in a fourth car for 11 races on the year.

Chastain will be entering into his fourth consecutive campaign for JDM and he’ll be doing so in the No. 4 car. Vinnie Miler is signed on to race the NO. 1 for the entire 2018 campaign and Joe Nemecheck, Reed Sorenson, and several other former Cup Series drivers will be drving the No. 15 this upcoming season.

RELATED: NASCAR team gets great financial news ahead of the 2018 season

Team owner Johnny Davis said the No. 15 will continue to be used as a test car in an effort to better serve the younger drivers.

“We?re going to continue to use the [No.] 15 car as a test car to learn how to better ourselves and try to put some past Cup drivers in that thing so we can get some good feedback for these young drivers we have coming up in these other cars,” Davis said.

The only thing left to figure out to round out the four cars is a driver(s) for the No. 0 car. According to the team, it’s going to come down to whomever brings the funds to the table.

“Garrett is trying to find money, we?ve talked to Matt Mills and he has a little money,” Davis said. “We?re still trying to put the best foot forward at JD Motorsports to help us continue to grow with our marketing partners for that.”

“It will be Garrett or Matt in the thing possibly, and who knows, Harrison Rhodes may come back with some money, too.” added Davis.

While the team has yet to issue a confirmed driver lineup for the 2018 season, but they’ll be taking four teams out to race each week. Davis has said the main goal is to get Chastain into the playoffs.