NASCAR driver will race a full schedule for his own team 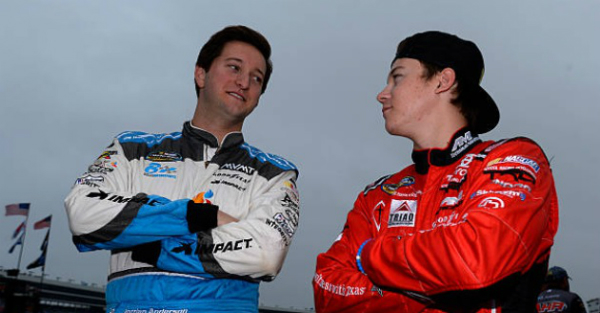 Jordan Anderson will be entering his fifth year as a driver in the NASCAR Camping World Truck Series, and he’ll be doing so with Jordan Anderson Racing.

It was announced Wednesday that Anderson would be driving for his own team in a full Truck Series season in 2018 with the help of Niece Motorsports and running a spec engine, according to Yahoo Sports.

Anderson will be running the No. 3 Toyota at restrictor-plate races and a Chevy at intermediate and short-tracks, he also has a Ford he acquired from Brad Keselowski Racing. While the No. 3 is synonymous with Dale Earnhardt Sr. in the sport of NASCAR, Anderson chose the number because he was inspired by Junior Johnson and his history with it.

“The deal with manufacturers for us just came down to dollars and cents,” Anderson said. “Before this year I wouldn?t have made the moves in acquiring those trucks because it would have made no sense to have one Toyota motor, one Ford motor and a Chevrolet motor.”

“But now with this Ilmor (spec) motor, you can run this motor in the truck you race and it doesn?t have to be manufacturer specific,” added Anderson.

Anderson is looking to improve on a career best 10th place finish which took place at Gateway Motorsports Park in 2016 and last season’s 17th place finish in the point standings.