Michael McDowell perfectly sums up a wreck-filled Talladega with one, spot-on quote 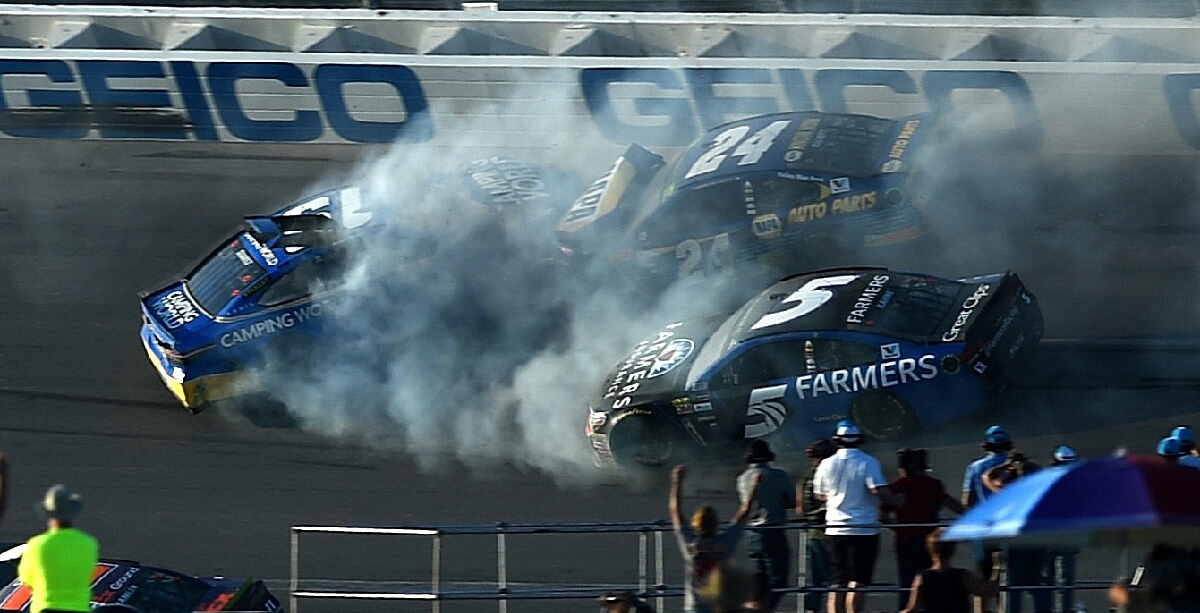 You really don’t need more than four words to describe the day at Talladega.

“It was just chaos,” said #95 driver Michael McDowell to NASCAR.com of the late wreck that took out him and 16 other cars. “It is part of Talladega racing. You know there is going to be a big one, but you don?t where or when, you just hope you aren?t in it.”

Unfortunately for McDowell, he was. In a day filled with wrecks, it was almost fitting that a monster late-stage wreck capped the race. Of the 40 cars that started the day, only 14 finished. Kyle Busch got caught up in the 17-car wreck, giving him a 27th place finish to follow his 29th place last week in Charlotte.

Kyle Busch got caught up in the 17-car wreck, giving him a 27th place finish to follow his 29th place last week in Charlotte.

?I had no clue what happened,? Busch said. ?Unfortunately we just got messed up in that deal. I hate it for our situation and what we?ve got going on. That?s not what we needed today, but that?s what we got so we?ll just move on to next week.?

The DNF drops Busch to 7 points behind Jimmie Johnson for the final transfer spot in the next round. He had plenty of company in disappointment. A day filled with 3 major wrecks, 3 red flags and 11 cautions meant everyone shared in the carnage.

“We just survived better than everybody else. It wasn?t injury-free for sure,? said 3rd place finisher Trevor Bayne.

“I was kind of watching (Brad Keselowski) and (Joey Logano), and we were all kind of trying to work together, and my car had some damage on it from earlier in the race, and I knew my car wasn?t probably good enough to lead, but if I could have done something right there at the end, we might have been able to pull one off,” said Aric Almirola after his 5th place finish.

Austin Dillon finished the race 29th, but was happy with the way he ran until trouble hit.

?Just part of this racing. What do you do? You can go and race hard all day. You can ride in the back and try to not to get in one of those big wrecks. I was proud we got some of those stage points,” Dillon said.

The happiest person on the day, obviously, was Brad Keselowski. Taking the checkered meant he was able to escape Talladega relatively unscathed.

“It is a special place to get to race and a special place when you win here. It was really a collaborative effort with the team and getting a real fast car and making the right moves as a driver and a lot of help from up above with staying out of those wrecks. It really takes all three, and we had them all today,? Keselowski said.