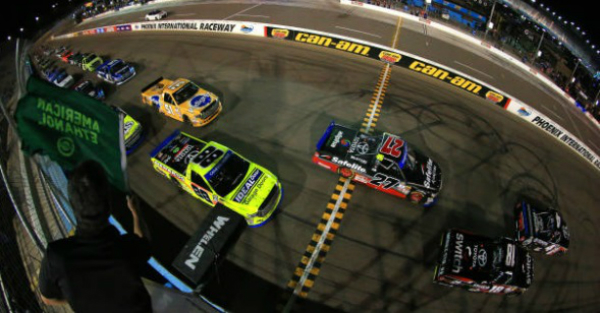 With the 2018 NASCAR Camping World Truck Series kicking off on Feb. 16 in Daytona, we now know what time the race will start.

NASCAR announced the starting times for all of its races in the 2018 Truck Series all of which will be aired on FOX Sports 1, with the exception of the Oct. 13 race at Talladega which will air on FOX, according to motorsport.com.

All of the dates, location, networks, and times are listed below courtesy of Motorsport:

The schedule seems to be a good mix of daytime races and prime-time races, which should provide for plenty of quality racing. The 2017 NASCAR Camping World Truck Series champion Christopher Bell has moved up to the Xfinity Series so only time will tell who will step into that top spot at the end of the year.