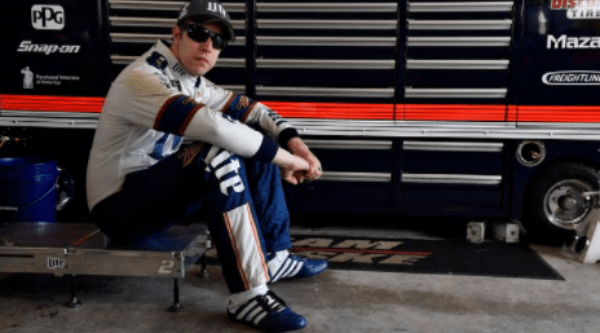 There’s a lot happening out in Social Media in the NASCAR off season, so instead of scouring through Twitter, Instagram, Facebook, etc., Alt-Driver will bring you the best of what’s floating on the internet so you don’t have search for it.

Take a spin through @jimmiejohnson’s 2017 season!

Landon Cassill, commissioner of the NFL? He responded to this tweet ….

NFL spokesman Joe Lockhart says @nflcommish has been clear: This 5-year contract extension will be his last. And he’ll spend timing working on helping find a successor.

He’s got my number https://t.co/i2JGsLvM0p

He was looking pretty suave in a photo shoot.

Half day shoot @hammerheadentertainment for @unileverusa brands. They have been a partner @jrmotorsports for over 10 years.

I don’t know if he’s serious, but, a mix tape? Really? Gotta hear this.

Spoiler alert.
It’ll be very white and nerdy @PaigeKeselowski can confirm this. https://t.co/hYi2EOee9k

Here books comes out in three weeks, and she took to Instagram to remind her fans,

My book comes out in three weeks! Signed copies can be ordered @barnesandnoble. Any pre order ships Dec 26!

He’s getting some love from fans

Ok, we are Jeffery Nation Fans… We need to make some NOISE about our driver having a ride!!! Start tweeting the various teams about our guy being in top notch equipment and being present for the 2018 season.

Don’t crank the heat up too high when you’re on vacation with Alex.

When you’re on vacation with 7 people and somebody cranks the heat to 75 in the middle of the night 🙄🙄 pic.twitter.com/GZmIt8UjRi

And David Ragan is excited about continuing his career

Excited to get everything for 2018 announced today. @Team_FRM is working hard with @FordPerformance to make sure our Fusions are ready for Daytona. Happy to have @Mc_Driver on board too! #LetsGo