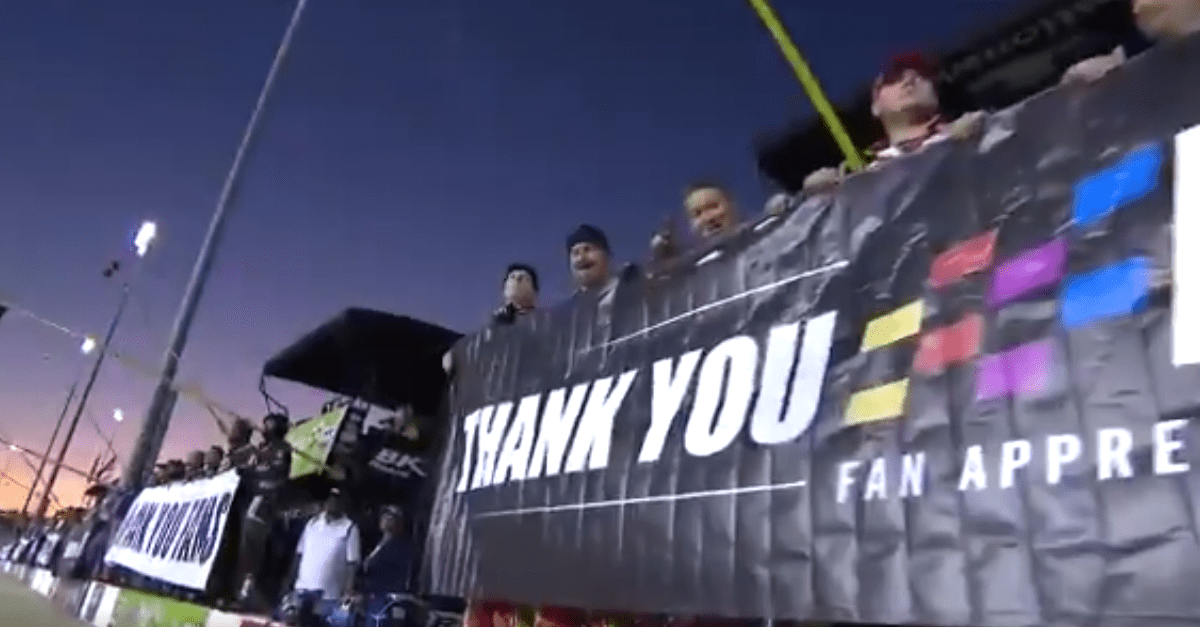 With the sun setting on the final regular season race of the NASCAR Cup series at the Federated 400, fans of the sport were treated to a memorable send off by possibly the group who could have pulled it off–the drivers.

A four-wide salute to the amazing fans at @RichmondRaceway!#ThanksFans pic.twitter.com/rNspzZVkm9

During the course of a race, a four-wide position is both exciting and dangerous, but this was just one way the sport’s athletes could show their appreciation for fans at the close of the season.