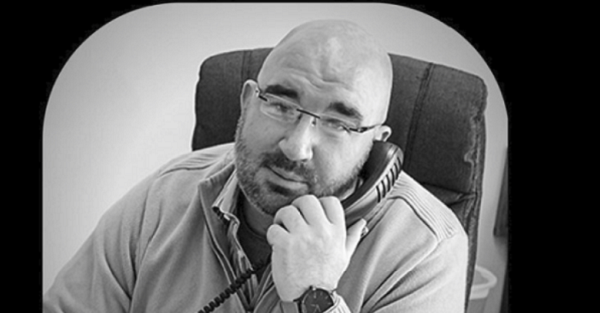 Most people have been affected by cancer one way or another, whether they’ve experienced it themselves or know someone affected by the disease. The common theme of nearly every cancer battle is the astonishing amount of courage displayed by those people fighting to get better.

Nowhere else in the NASCAR world was this clearer than at Pocono Raceway. That’s where Ryan Yanoshak worked as the managing director of marketing communications prior to losing his battle with cancer earlier this month.

To honor their fallen coworker, the team at Pocono Raceway put together a short video paying tribute to Yanoshak’s sense of humor, professionalism, and unique way he like to start each episode of the “The Tricky Chronicles,” which is a weekly video series that he created.

In case you missed it, here's a special episode of "The Tricky Chronicles" celebrating the life of our friend, co-worker and creator of this weekly video series, Ryan Yanoshak.

If you watched the video, you tell Yanoshak was well-liked by his coworkers and his dry sense of humor could certainly lighten the mood.

Yanoshak was only 42 years old at the time of his passing. He’s survived by his brothers Randy and Corey.

Below is the official statement issued by Pocono Raceway following Yanoshak’s untimely passing.

?We are deeply saddened about the passing of Ryan Yanoshak. He made an immediate impact on our Raceway family when he joined our staff in October 2015. His character, sense of humor and professionalism were a true inspiration to all of us. Although Ryan?s time working here was short, he brought so much joy and happiness to our offices and staff. We, along with Ryan?s family and friends, appreciate all the kind words we have received from everyone over the last several days. Rest in peace, Ryan. We will miss you.?