A Couple Years Back, Matt DiBenedetto Used This “Happy Gilmore” Parody to Announce a New Sponsor 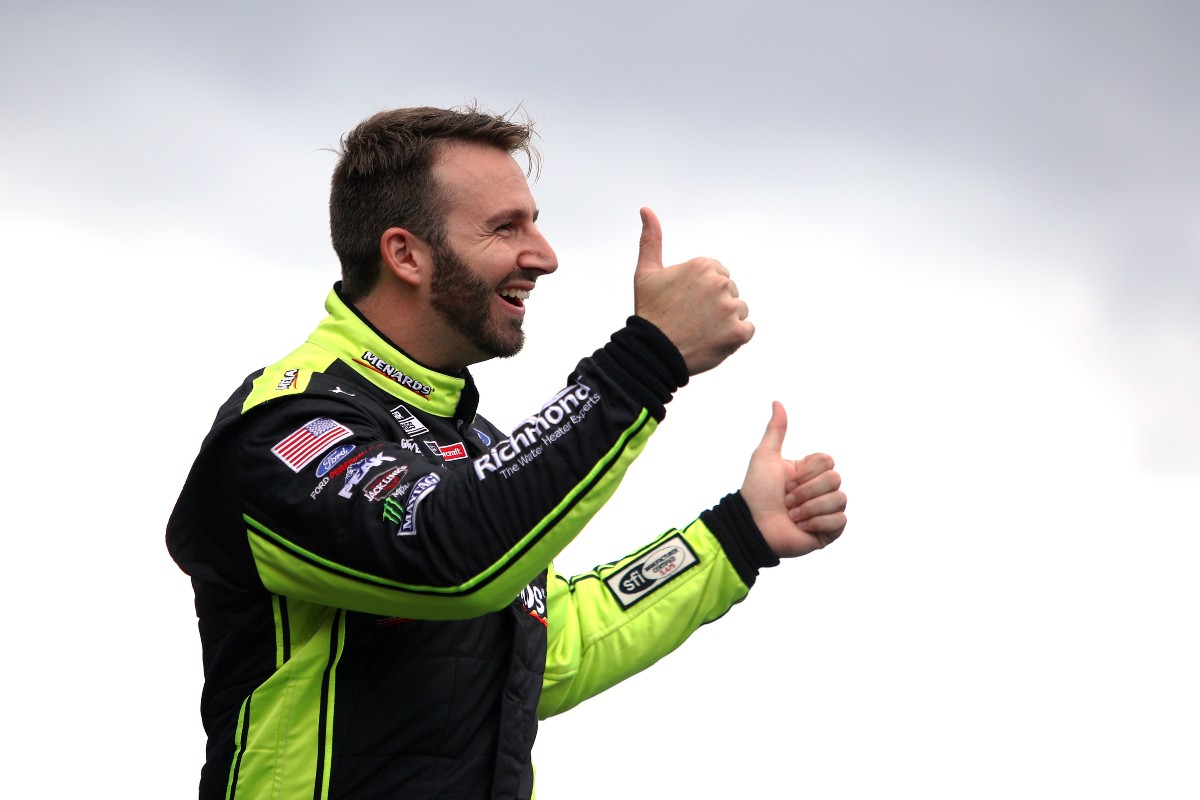 Once upon a time, there was a movie called Happy Gilmore. And, while we could take the time to explain the whole movie to the younger generation, there’s a lot to unpack in the comedy that kind of has something to do with golf, but not really. It’s got to be streaming somewhere, so just do yourself a favor and watch it.

Matt DiBenedetto, however, gets it. Even though he would have been just five years old when the film was released in 1996, he clearly appreciates Adam Sandler’s comical take on sports figures doing celebrity endorsements. In fact, DiBenedetto is known for having perhaps the best sense of humor of any NASCAR driver, and he put his humor on full display in this Twitter short to announce his new sponsor.

In 2017, Dick Stevens Jerky signed on as a sponsor for Go Fas Racing. Matt DiBenedetto was part of the Go Fas team at the time, so he decided to make a parody of Happy Gilmore to announce this exciting development. Dick Stevens Jerky obviously replaces Subway, which was Gilmore’s sponsor in the Adam Sandler comedy, and AJ Allmendinger replaced Shooter McGavin as the villain.

Help me (Happy Gilmore) save my grandmother's house! That dang @AJDinger keeps trying to steal it from her!@dickstevens pic.twitter.com/sHCqeyoH1o

If you don't get it (shame on you), watch this! https://t.co/fRRbmHyfv2

It was a hilarious way to announce a new sponsor, and it wasn’t surprising that DiBenedetto was the one who came up with the spoof.

Matt DiBenedetto ended up leaving Go Fas Racing in 2018, after juggling sponsors throughout 2017 and 2018, and had a brief stint with Leavine Family Racing.

DiBenedetto signed with Wood Brothers in 2020 following Paul Menard’s retirement announcement in 2019. He announced in July that 2021 would be his final year with Wood Brothers Racing, and while he’s signed on with Rackley WAR for the 2022 NASCAR Camping World Truck Series, he still has yet to find a full-time Cup ride.

But, hey, wherever he ends up, he’ll always have this classic Happy Gilmore parody video to look back on.