Truex Jr’s. dominance tempered by a year of tragedy 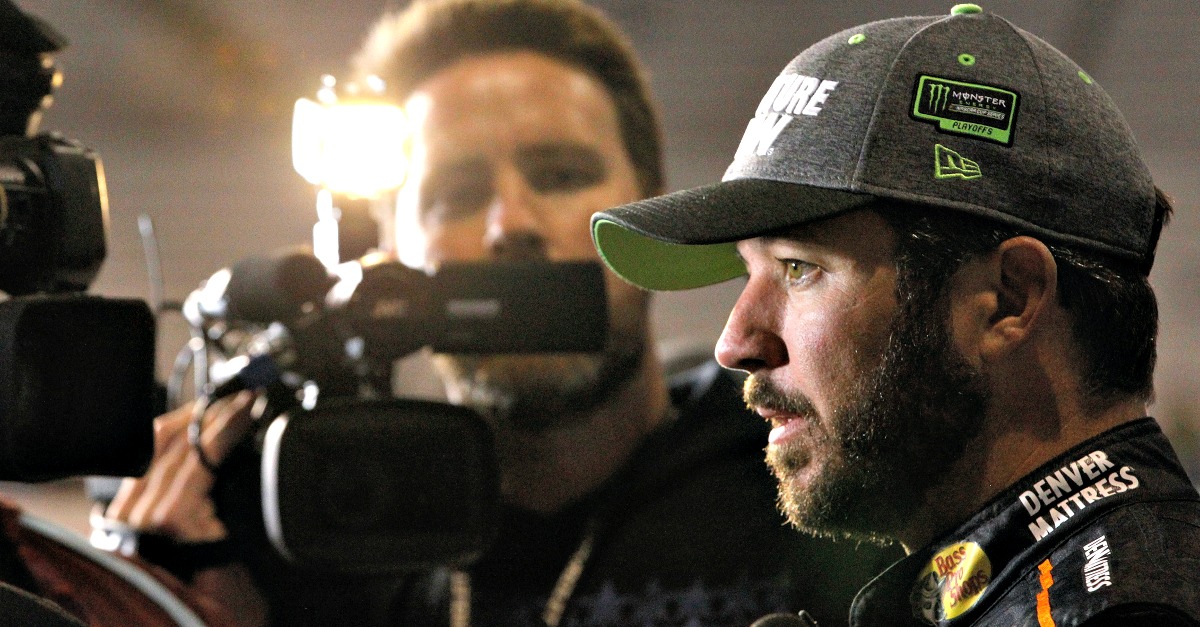 Martin Truex, Jr. and Furniture Row Racing should have been as happy as any team could be after winning the Hollywood Casino 400 Sunday night, but you?ll forgive them if that elation was tinged with sadness. If the tears of joy were mixed with tears of loss.

?I was doing OK and then I started seeing the faces on other guys,?? Truex, Jr. Crew Chief Cole Pearn told NBC Sports. ?It just hits you like a ton of bricks.??

You see, Furniture Row Racing crew member Jim Watson had just died not more than 24 hours earlier at a Kansas City hospital after suffering a heart attack. The 55-year-old had joined the team in February as a fabricator for both Truex, Jr and Erik Jones, and was out with his teammates Saturday night racing go-karts.?James was a friend to everybody,?? said Joe Garone, president of Furniture Row Racing. ?It?s hard to talk about.??

The teams gathered at their hotel Saturday night to hug and support each other. Then they had to focus. Truex, Jr. said both teams helped each other work through the pain while preparing for the race Sunday morning. And when Truex, Jr. took the checkered flag, the teams celebrated together. Pearn sent out a picture on Instagram.

Tough night but the result was some solace we all needed. So proud of the team. For you Wildman RIP

?He always wanted when we won to celebrate as a group,?? Pearn said. ?I just couldn?t think of any better way to pay tribute to him and know that he would have been happy with that call.??

It’s been a season of very highs and lows for the Truex, Jr. team. Few teams have been as dominant on the track, but few have suffered as much off. Truex, Jr’s. longtime girlfriend, Sherry Pollex, had surgery in July after it was discovered her ovarian cancer had returned. And Pearn’s childhood friend died suddenly from a bacterial infection in July.

Tragedy mixed with victory. The team is most definitely looking forward to ending the season with the latter.