Truex, Jr. credits a NASCAR legend for giving him his shot 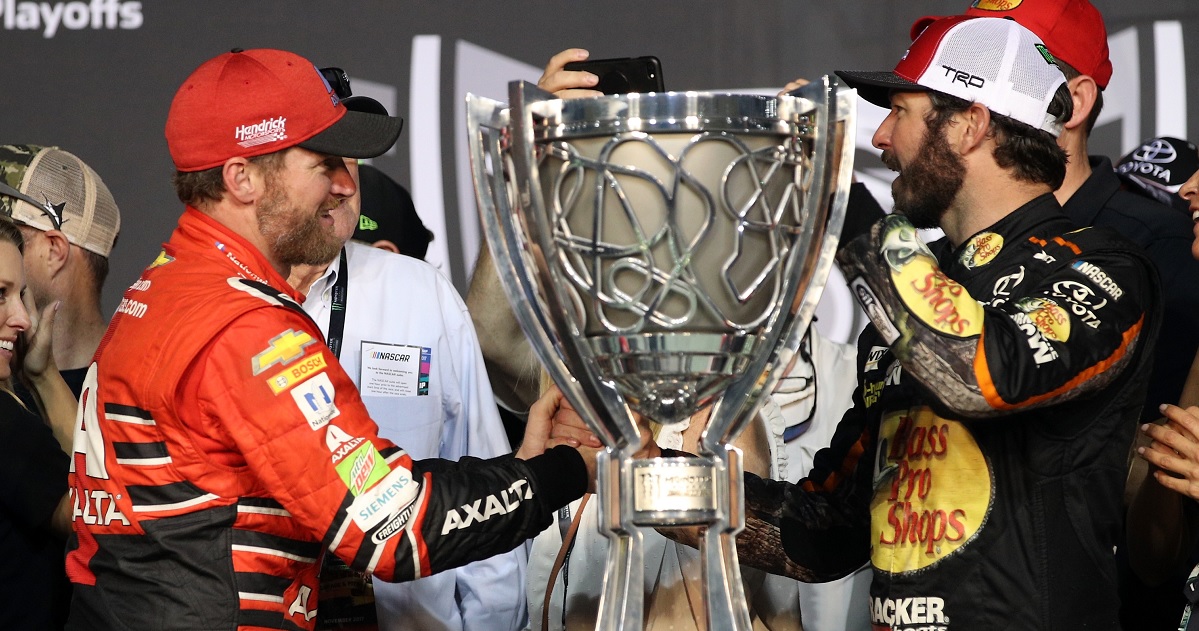 Martin Truex, Jr. worked his butt off and fought through a lot of adversity this season to win his first Cup title, but to hear him tell it, he wouldn’t have even been in NASCAR had it not been for Dale Earnhardt, Jr’s faith in him.

“I wouldn’t be here today without him. My path would surely be different,” said Truex, Jr. and reported by mrn.com. “There are a lot of things that would be different if it wasn’t for Dale and the friend he’s been over the years, the mentor he’s been to me. It’s amazing. He’s such a great person.”

Truex, Jr. was getting by racing on the tracks of New Jersey near where he grew up when Dale Earnhardt, Jr signed him in 2003 to race for Chance 2 Motorsports, a team Earnhardt, Jr. co-owned with Dale Earnhardt, Inc. With nowhere else to stay, Truex, Jr. said he camped out on Earnhardt’s couch. In short order, Truex, Jr. proved Earnhardt’s faith in him was well placed. His first year of racing full-time in the Busch series, Truex, Jr. won the first of two consecutive series championships.

“I believed in him since the first race we ran together,” Earnhardt Jr. said. “The way he ran in our cars in those two seasons when he won the championship…he’s always overachieved and always at least gotten everything out of the car that the car was capable of giving, if not more.”

Earnhardt, Jr. has proven that he’s got a skilled touch developing talent that rivals his skill as a driver. In addition to Truex, Jr., Chase Elliott, Brad Keselowski, and William Byron have all developed into championship drivers under Earnhardt, Jr’s guidance.