Landon Cassill makes an interesting offer to his fans 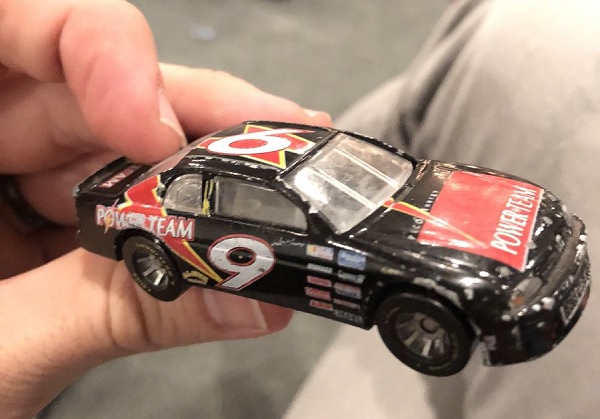 NASCAR driver Landon Cassill was trying to stuff someone’s stocking with a little extra this Christmas.

Cassill reached into his own collection of die-cast race cars for a little game of guess the driver. Cassill tweeted out pictures of four cars and asked his followers to name who the drivers were for each. The first person guessing correctly naming all four was going to get a die-cast model of his former ride, the #34 Loves Ford.

I will send a Loves’s 34 die cast to the first person to correctly identify all four of these drivers from my childhood collection pic.twitter.com/olg9YNRFn5

If you want to think about it for a minute, I’ll keep my guess to later in this post so I don’t spoil it.

Cassill then followed up with another tweet, same rules but different cars.

Round 2. This one is tougher. I don’t even know who drove that 34 car. Hopefully the internet can help. Free 34 Loves die cast to the first to guess all four pic.twitter.com/uvxwbBLD23

This time one of Cassill’s followers had the right answers pretty quickly (I won’t show the answers if you want to take a guess yourself).

It was a fun trip down memory lane for a lot of race fans who shared stories and pictures of drivers they used to follow when they were little.

As far as the answers –