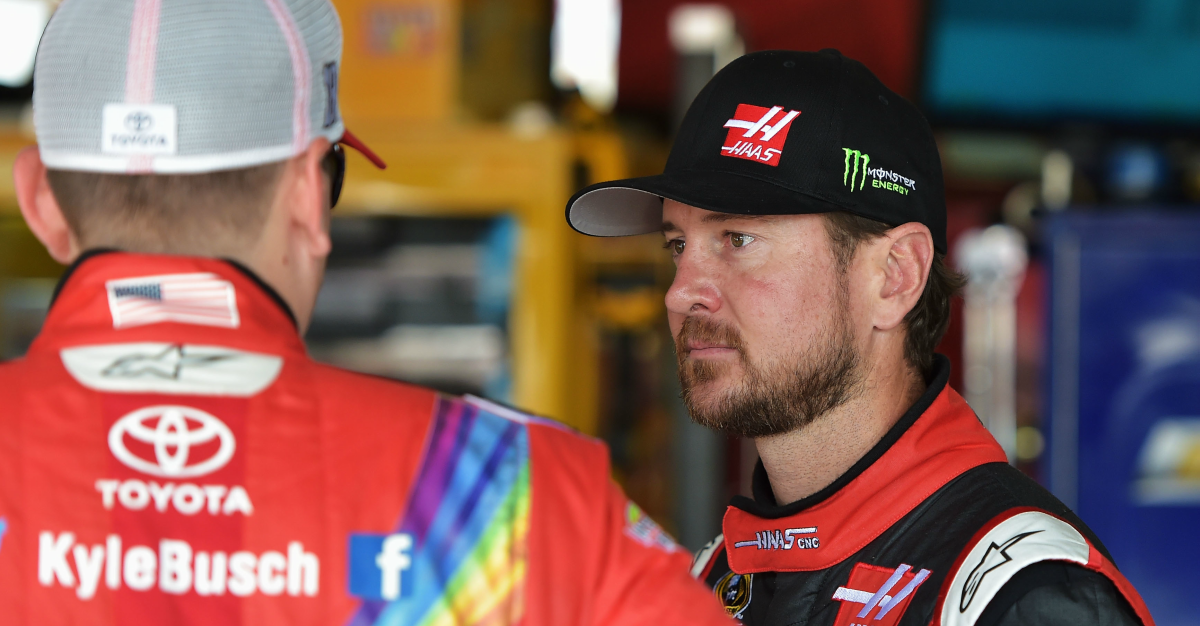 After announcing a stage racing format last year, the run up to this season has been much calmer on the NASCAR-can’t-just-leave-the-sport-alone front. But that doesn’t mean there won’t be some changes that will end up upsetting someone.

It was supposed to be kept quiet, but, according to Racer.com, Austin Dillon spilled the beans. Dillon mentioned, and NASCAR confirmed, that teams will have to share data with others this season.

“Now, I can see it from everyone with NASCAR releasing their data,” Austin Dillon said via MRN. “The slowest driver can see the fastest driver, what he?s doing with the car, steering, brake and throttle. It?s out there.”

Apparently, not all the drivers knew about the change.

“That is brand new to me,” Kurt Busch said. “I wouldn?t think they would do that. Maybe it’s brake trace, throttle trace, something they might show for the television side. I don?t think it will be exposed from the different teams.”

The other Busch was also not very receptive to the idea.

“That’s entirely not fair,” Kyle Busch said about the data sharing. “I’d rather just disconnect all my stuff to begin with so nobody gets to see it. […] I’d much rather just not have anybody be able to see anything. Even if I’m behind, I feel like I’m better at being able to catch up than just being able to hand my data to somebody else and say, ‘here, here it is, this is how you do it’. That’s not good.”

Not all drivers were as openly worried about it though. Erik Jones was reportedly understanding why some drivers might not like it, but admitted he learned a lot from his teammate’s data in his rookie season. Matt DiBenedetto also saw the benefit this would bring to smaller teams on the grid.

“Any resource that you can have at this level, no matter what it is or how small, you have to be so perfect at everything at the Cup level that anything that we can get our hands on is going to benefit us, for sure,” he said. “We would definitely be on it, for sure, if we could get any sort of access to data.”

Normally, data is only shared between teammates, but a smaller team might only run one car, or, frankly, not have a driver worth emulating.

“I think that [is what’s] so beneficial about having teammates, and for single-car teams or teams that don’t have all the telemetry, that’s bound to help. I feel like we were able to look at a lot of that stuff already and to compare between team Chevrolet drivers or just our [JTG] drivers within the team.

“It’s interesting to see exactly how much will be shared and when and if it will be more of a live data or something given after a weekend. Not sure how I feel on that.”

While many drivers understand what NASCAR is doing, and even admit that it could go a long way towards helping the teams in the back of the field be more competitive, none of the reactions were purely positive.