One NASCAR series is launching a new points system in 2018 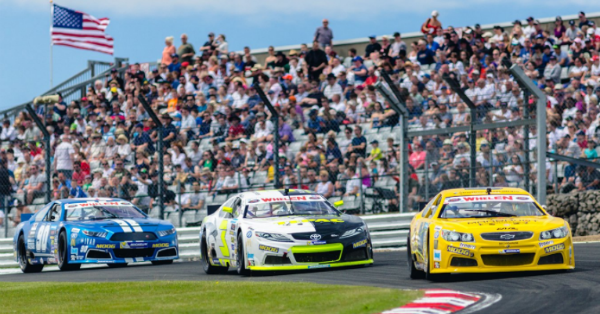 The NASCAR Whelen Euro Series has increased in popularity around the world in recent years, and the series will have a new points format for next season.

There have been 21 countries represented in the series since it began in 2009, and over 60 drivers have competed in the series, according to Motorsport.  Starting next year, the Nations Cup will be presented, and it will include gold, silver and bronze medals to the three highest scoring nations each weekend.

Drivers from each country that finish the highest will receive points, and whichever country receives the most points will be awarded the gold medal.

NWES president and CEO Jerome Galpin said he expects the new format to give fans another reason to be engaged each weekend.

“These past years, we have seen the NWES attracting more and more drivers and fans from all over the world,” Galpin said. “The Nation Cup will accompany this process and create emphasis for our drivers and teams on their National stage. We can rely on our fans to bring great support to their National team.”

The 2018 NWES season begins on April 14-15, 2018 at the Circuit Ricardo Tormo in Valencia, Spain. That’s where the Nations Cup points will debut.

Alon Day will look to defend his title next season after he became the first non-European driver to the NWES title. The Israeli driver won four races in 2017 en route to the championship.

It’s a unique and interesting format for the sport, and it’s a great way to acknowledge and honor the many different countries that represent the series.