NASCAR drivers read mean quotes about each other, have a hard time figuring out who said what 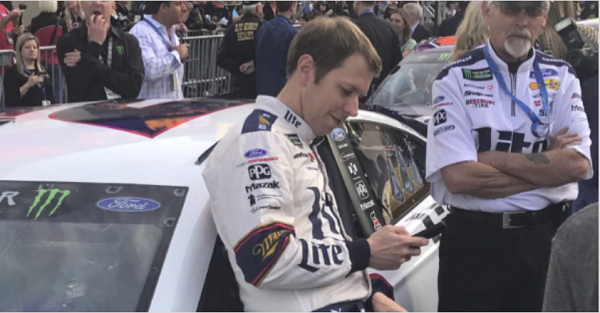 Have you ever seen the “Celebrities Read Mean Tweets” segment on the TV show Jimmy Kimmel Live?

If you’re unfamiliar, it basically revolves around famous people reading unflattering tweets about themselves. While some find it humorous, others get downright offended.

The folks at NASCAR might be fans of the show because drivers recently engaged in a similar activity where they read the transcripts of the mean things that other competitors said over the radio.

One of the most popular quotes actually came from the typically mild-mannered Chase Elliott.

“If that damn 95 wrecks me one more time, man. Dammit! What is the hell is that bleep’s problem man? This is the biggest dumbass I’ve ever seen in my life. That son of a bleep can’t drive a wood screw.”

While Jimmie Johnson thought that quote sounded like Dale Earnhardt Jr., fellow young gun Ryan Blaney instantly knew those were Elliott’s words when he read the part about wood screws. We guess that must be popular saying for the young driver from Dawsonville, GA.

Luckily for NASCAR fans, the radios aren’t private in the Cup Series, so we should hear more of these interesting sound bites in 2018.

You can watch drivers read each other’s radio transcripts in the embedded video below.