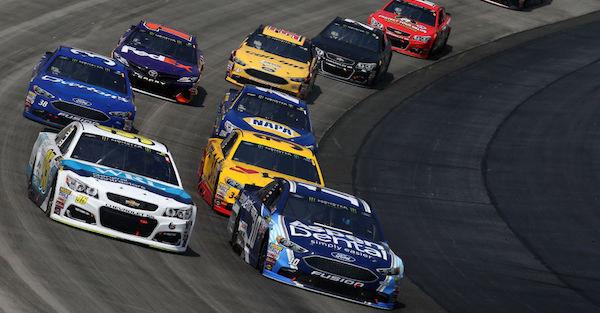 After qualifying for the Pocono 400, Danica Patrick made her way from pit road to the garage. While en route, she was booed by several fans for not signing autographs.

A man attempted to approach Patrick with something for her to sign, and she declined. When the fans began booing, she turned around and addressed them.

A Facebook Live video captured the whole thing, but has since been taken down. Another video caught the end of the interaction:

“Since I?m old, instead of taking the booing, what I want to tell you, I?m doing the very best I can,?? Patrick said to the crowd. “If you?re a real fan, you know that I?m not  just like ? my job is to not sign autographs, right? My job is to drive the car and tell the crew chief what is going on. I don?t appreciate the boos. It hurts my feelings.”

“I?m a (expletive) person, you know. I?m a person too. I have feelings too. When you boo me, it hurts my feelings. Please just be supportive fans. I?ll do everything I can. When I came from over here, my car was over there. I can only do so much. I have to get in the car. So please understand that. I have feelings, too.”

Related: Another high-profile NASCAR driver is considering retirement after the 2017 season

After Patrick walked away, a fan can be heard saying, “I hope people stop buying your (expletive) merchandise.”

Despite last week’s 10th place finish at Dover, it has been a rough season for Patrick. She is currently ranked N0. 30 in the points standings, and she has still yet to win a race.

After her sponsor, Nature’s Bakery, terminated their contract with Patrick. Patrick has even considered retiring after the 2017 season if she can’t find sponsorship.

Patrick had the right to be upset about the booing, but her rant at fans probably won’t be received very well either.