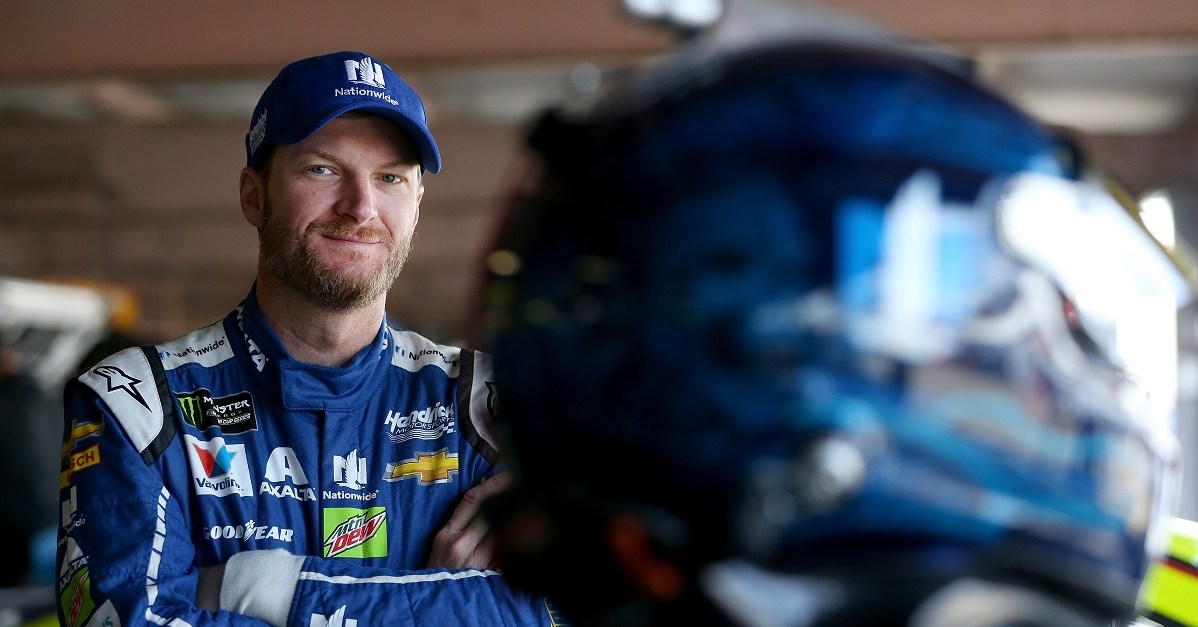 NBC is betting big that Dale Earnhardt, Jr. can’t be type-cast, but one NASCAR driver isn’t so sure.

Viewers of the Super Bowl will get their first encounters with Jr. as an NBC personality. Autoweek.com reports that Jr. will be part of the coverage team for Super Bowl 52 pregame show in Minneapolis. Doing what exactly isn’t quite clear, but NBC execs think his popularity in NASCAR means he’ll be a draw across many types of sports broadcasts. There are plans to use him during the Winter Olympics as well.

“Dale is a star on the racetrack and off, and we are excited to have him join the NBC team,” said Sam Flood, Executive Producer and President, Production, NBC and NBCSN “It will be fun to have him be a part of our coverage of the Super Bowl, and we are looking forward to watching him explore a new world with the Winter Olympics.”

NBC is hoping Earnhardt, Jr’s exposure to non-NASCAR audiences now will benefit them come summertime when the network begins its coverage of Cup races, leading those fans from more traditional sports into NASCAR’s fold. Current NASCAR driver Denny Hamlin isn’t so sure.

“Well, it just depends on the role really, and whether it’s a prominent role or is it just something at the pregame at 2:00 on Sunday afternoon,” said Hamlin. “I mean, it just depends. I’d like to see what they’re going to use him for.”

Hamlin says that while he thinks Earnhardt, Jr. will do great, he doesn’t see him being part of the Super Bowl coverage translating into a bigger audience for NASCAR.

“You would think it helps, but it’s not an active driver,” Hamlin said. “This is a former driver. So, you have to get people excited about current drivers, not former ones.”

From his perspective, Earnhardt, Jr. is up to the challenge to try and bridge the audiences. He’s especially excited to launch his broadcast career with two of the biggest sporting events in the world.

“I’m excited to get to work with my new NBC family,” Earnhardt said. “Beginning with two huge events like the Super Bowl and Olympics, right out of the gate, should be quite the introduction. I’m looking forward to raising the profile of NASCAR, and all that we’re going to be doing during the 2018 season.”