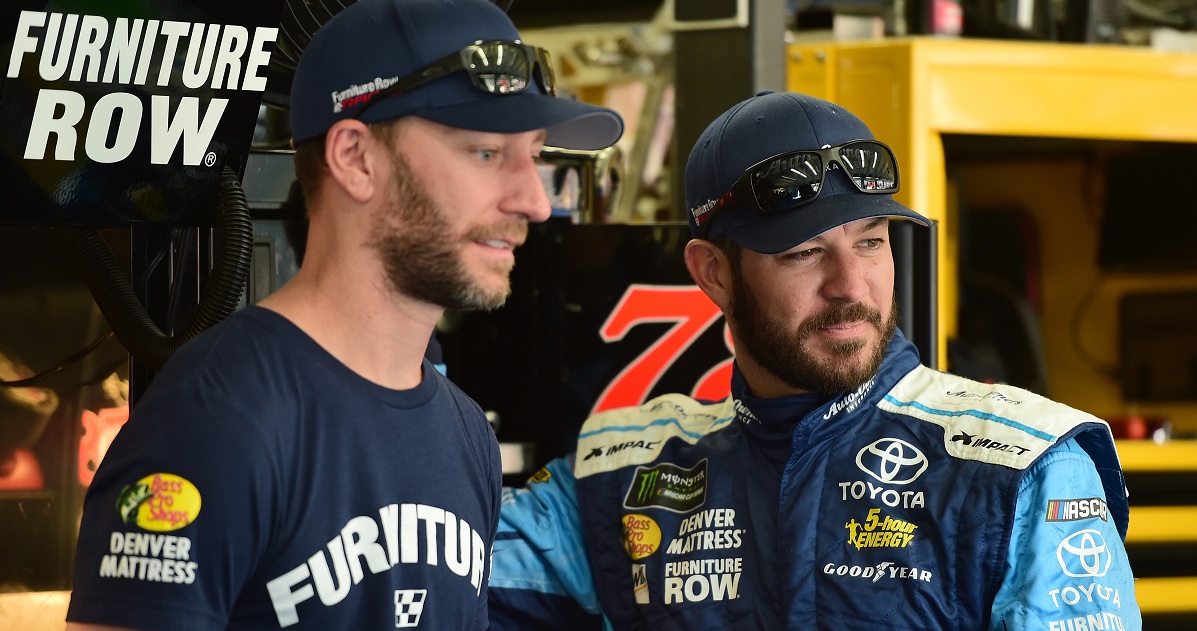 If you?ve played any team sports at all, you know that sometimes the difference between losing and winning is finding the right piece of the puzzle that makes everything work. It could be that key player or a new coach that pushes all the right buttons. For Furniture Row Racing, that piece has been Cole Pearn.

The 35-year-old Pearn is no newcomer to NASCAR. He?s been in and around racing for a decade, first with Richard Childress Racing, a stop with JTG Daugherty Racing, now with Furniture Row since 2012. And it?s with FRR where Pearn got his first shot at crew chief. And since then, as motorsport.com reports, the small team from Denver running just one car has risen to the top of NASCAR?s top series.

?We kind of came in trying to do our best every week, and I think our season really shows the result of that effort,? Pearn said. ?You know, ultimately the goal is to try and win as many races as you can, run as well as you can, and then hopefully have a good shot to make it to Homestead and have a chance to race for the championship.?

To be sure, a lot has to do with Martin Truex, Jr. This is a career year for him with 7 wins, 18 top five finishes, and 25 top ten. But Truex, Jr. will be the first to tell you that Pearn has been the real driving force and glue holding the team together. As good of a year for FRR on the track, it?s been anything but away from it.

“It’s just like, man, I don’t know if regular life is supposed to be like this,” Pearn said after the team won in Kansas. “And it just keeps going on for some reason. It would be a lot nicer to have all the highs and not all the lows.”

The lows have been many. Pearn?s childhood friend died, Truex, Jr?s longtime girlfriend underwent chemotherapy for cancer and had to have her spleen removed, and one of FRR?s fabricators died of a heart attack the night before the Hollywood Casino 400. Through it all, Pearn has led the team with the same focus and learning that has FRR entering Homestead as the odds-on favorite to win the title.

?Yeah, I think we’re pretty comfortable with that,? Pearn said. ?I think that’s a better position than the alternative for sure. I think you get that kind of title from the results of your efforts all year. For us, we’ve been near the front most of the year and kind of been in that role a lot of the season. So I think this weekend is no different, just ready to embrace it and just go do our deal.?