Motorcycle Racer Surfs on His Bike After High-Speed Crash 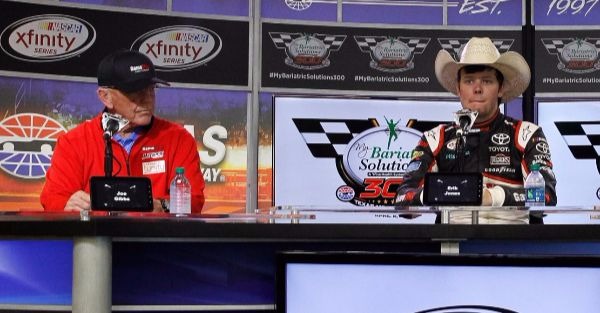 Christopher Bell is flying high after getting his first Xfinity Series win in Kansas last weekend. When asked about it, Bell said it was a career moment that proved he could be successful at the next level.

But he was also asked about his relationship with his Joe Gibbs Racing teammate Erik Jones after a questionable crash at Kansas.

“We weren’t really ‘friends‘ before.” Bell said, getting a chuckle out of Johnny Sauter sitting next to him. He described their relationship more as “acquaintances,” but put the rocky nature of racing relationships into perspective, saying:

“I made sure I reached out to him after the race to try to smooth things over as good as we can, but were all here to win. We’re not here to become buddies.”

Related: Does Erik Jones have a legitimate beef with his teammate?

Even right after the race, Bell was not overly concerned with Jones’ feelings about the incident.