If NASCAR wants to stop cheating, it’s got to do better than the Chase Elliott slap on the wrist 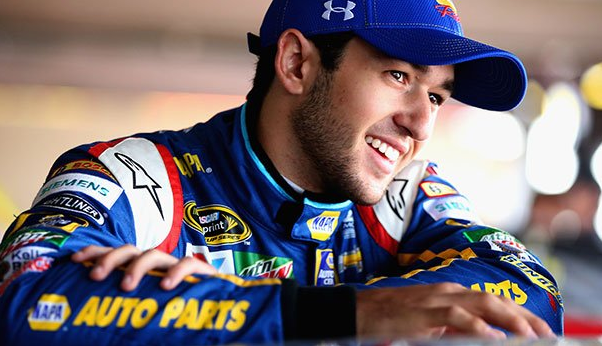 On Tuesday, NASCAR announced that Hendrick Motorsports and Chase Elliott were hit with several penalties after a member of the Hendrick crew was caught on video applying, and then removing, tape from the No. 24’s spoiler.

While that may not seem like a big  deal, it is. The Reddit NASCAR channel did a marvelous analysis of why this is so important, noting that a source believes the modification improved Elliott’s speed by as much a .2 per lap — significant for a team that came in second at Chicagoland.

Reddit also linked to a video that it says is the crew member removing the tape after the race.

All of this resulted in Elliott’s second-place finish being ruled encumbered, and the team lost 15 driver points and 15 owner points. More importantly, the loss of driver’s points dropped Elliott from sixth to eighth place in the postseason standings with two events to go in the round of 16. The drop of two places adds a bit more pressure as he tries to advance.

Moreover,  crew chief Alan Gustafson was hit with a $25,000 fine; and Gustafson car chief Joshua Kirk each suspended for one race. So in addition to being docked points, Elliott is going to have to race with new people in important positions, a big change at this point of the season.

If the cheating is intentional, as it appears to be, the fines and suspensions needs to be far harsher. For something this blatant, NASCAR should be in a position to level a six-figure fine, suspend the crew and car chiefs for the remainder of the series, and ban the person who placed and removed the tape for the same period of time.

That’s the only way to clean up a sport in which teams justify cheating as “pushing the envelop,” as Martin Truex Jr. did recently in remarks to Motorsports,

“I think it’s just sometimes you go too far. Sometimes things unexpected happen. Everybody in the garage pushes the rules. You have to to be competitive, you know, so labeling people cheaters for failing something minuscule is harsh and again it just sheds a bad light on our sport, you know, I think.”

There was much more.

“It’s frustrating as a driver and as a race fan though to see people just get so up in arms and so upset about something as small as some of the things that we’ve seen penalties come down for and accuse people of being cheaters. The things that get said about them is kind of way over the top and not really fair, and it’s frustrating at times to see that, even if you’re not on the receiving end of it.”

This wasn’t small. It was blatant. So, we’ll ask you: Does NASCAR need to go further in its efforts to ban cheating?