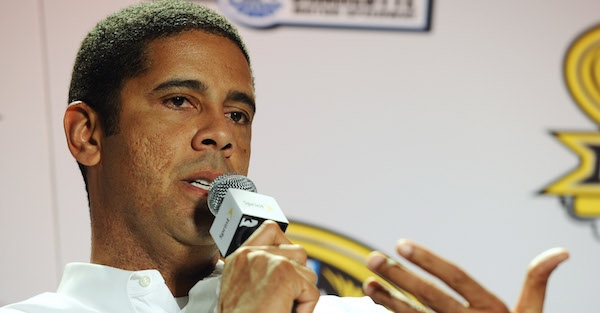 JTG Daugherty co-owner Brad Daugherty has a new gig as the co-host of “The Late Shift” on SiriusXM NASCAR Radio, and he recently made an appearance on “The Morning Drive” to discuss revenue sharing in NASCAR.

The NFL, MLB and NBA all have revenue sharing systems in place where teams receive an equal share of revenue earned, and they have collective bargaining agreements in place to determine who gets what between owners and players.

Related: NASCAR gets good news out of the latest budget deal

Daugherty said he isn’t sure if a system like that could work in NASCAR because of “many moving pieces and parts.”

“The biggest challenge for me would be if that happened, the first thing that would have to happen would be a collective bargaining process, which could happen, but then there would have to be a tremendous revenue sharing in all the resources that are available to NASCAR and to the sport because then you?re cutting out equal chunks of the pie like baseball, like basketball and like football,” Daugherty said according to NBC Sports.

“Now these race teams, which we have our charters, they could become true commodities. I don?t think you can do it in racing simply because the are so many moving pieces and parts. The other sports are pretty much straight forward and simple.”

Daugherty, who played in the NBA with the Cleveland Cavaliers, noted the difference between NASCAR and leagues like the NBA and NFL. Revenue sharing would be much trickier in NASCAR because every team isn’t structured the same way.

For example, Joe Gibbs Racing and Hendrick Motorsports have four drivers each. Team Penske has three drivers, while Chip Ganassi Racing has two. You also have to factor in charters, which can change each season. It’s tough to pin down and figure out who gets what when teams aren’t balanced.

Some teams will be able to outspend other teams like in the MLB, and it would be nearly impossible to figure out a cap for NASCAR.

Revenue sharing is a good idea in theory, but it would be difficult to make work in NASCAR.