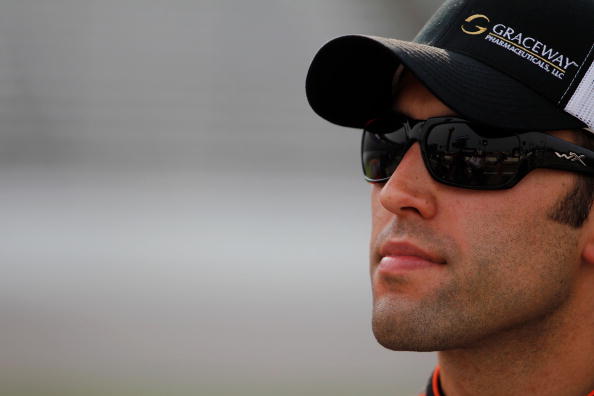 Maybe all NASCAR Cup driver Aric Almirola needs is a change of scenery. We?ve seen it before with other athletes. Floundering within one team, a new dynamic produces far different results. A bench player suddenly becomes an all-star.

It was less than a year ago that Almirola was forced to step back and examine life and career. The 33-year-old fractured his back in a racing accident at Kansas Speedway. He had to sit out for two months while others took his ride at Richard Petty Motorsports. Then in November, Almirola packed his helmet and sponsor Smithfield Foods and signed with Stewart-Haas Racing.

?Everything is new, it?s a breath of fresh air, re-invigorating,? Almirola said Tuesday at the NASCAR Media Tour and according to kickinthetires.com. ?I just feel I have more motivation. I?ve got that carrot dangling in front of me with this opportunity.?

RELATED: NASCAR analysts split on whether Aric Almirola will thrive on his new team

The carrot is the chance for Almirola to not only compete each week but be competitive. The veteran driver has never really been mentioned in the same breath as his more successful peers. His career has been rather forgettable to this point; since 2010, only one Cup win paired with 11 top-5 finishes. His highest ranking was 16 in 2014. Not exactly tearing it up. By joining SHR, Almirola sees that changing.

It comes with pressure though. Almirola joins a team of proven winners that includes 2014 Cup Champion Kevin Harvick and Clint Bowyer who was Cup runner-up in 2012. In short, Almirola doesn?t want to drag his teammates down but rise to their level.

?I don?t want to be the weak link,? Almirola said. ?It pushes me harder through my training and rehab I?ve done. Everything has gotten me in a position to where I have an incredible opportunity in front of me. That fire deep in me burns hotter.?