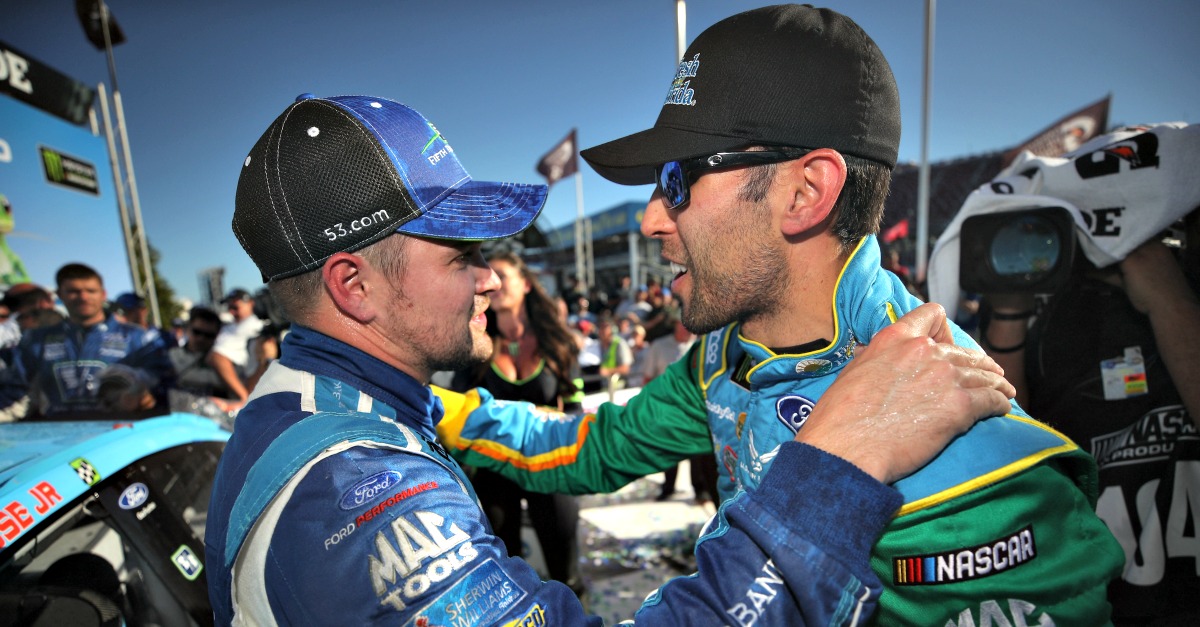 Chris Graythen/Getty Images
during the Monster Energy NASCAR Cup Series GEICO 500 at Talladega Superspeedway on May 7, 2017 in Talladega, Alabama.

Murphy’s Law was in full effect for Aric Almirola in 2017.

The 33-year-old didn’t catch any breaks last season for Richard Petty Motorsports. A devastating crash left Almirola with an injured back and forced him to miss seven races, and he only had three top-5 finishes during the year ? all at restrictor plate races.

Almirola finished 29th in the standings ? his worst finish since he started competing full-time in the Cup Series in 2012 ? and RPM decided to sign Bubba Wallace to race in the No. 43 car for next season.

Related: Aric Almirola took a break from social media because of some vile, despicable ?fans?

Now, Almirola has a fresh start in the No. 10 Ford with Stewart-Haas Racing, and he’s been more outgoing on social media. Almirola seems refreshed, and the new team has the potential to put Almirola back into the playoffs for the first time since 2014.

Really looking forward to working with this group of guys this year. Wins, championships… they've done it all.#Almir10a pic.twitter.com/TqyQ7IodnF

Almirola’s lone win in the Cup Series came in 2014 at Daytona, and he has the opportunity to start the 2018 season on the right note with a positive performance at Daytona in February.

No one at SHR will expect Almirola to compete for a championship, but he has the talent and now the team to compete for a playoff berth. Don’t be surprised if Almirola makes the cut for the top 16 drivers this fall along with some of his teammates at Stewart-Haas Racing.