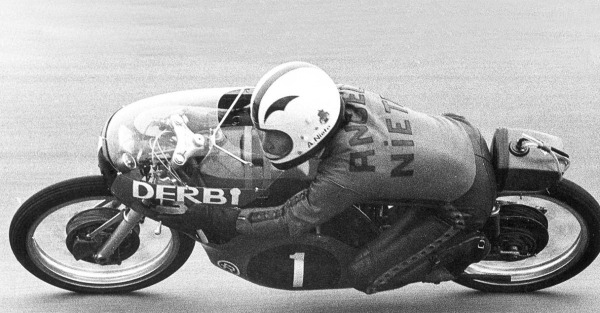 13-time motorbike champion Angel Nieto, 70, was taken to a hospital in Ibiza after a crash on an ATV, Per ESPN.

In a Spanish TV interview, Gelete Nieto, Angel’s son, said his father “Has received a hard hit to the head.”

All our thoughts today are very much with Ángel Nieto, following his quad biking incident in Ibiza. Ánimo Ángel! pic.twitter.com/KRHIlbrNVv

Nieto absolutely dominated the motorcycle racing scene, winning his 13 championships in the span of 15 years between 1969 and 1984.

This has been a hard year for former motorcycle champions with the passing of Nicky Hayden and now this unfortunate accident. Hopefully Nieto recovers soon.