This is the one driver who can take over as “most popular” now that Dale Jr. has retired 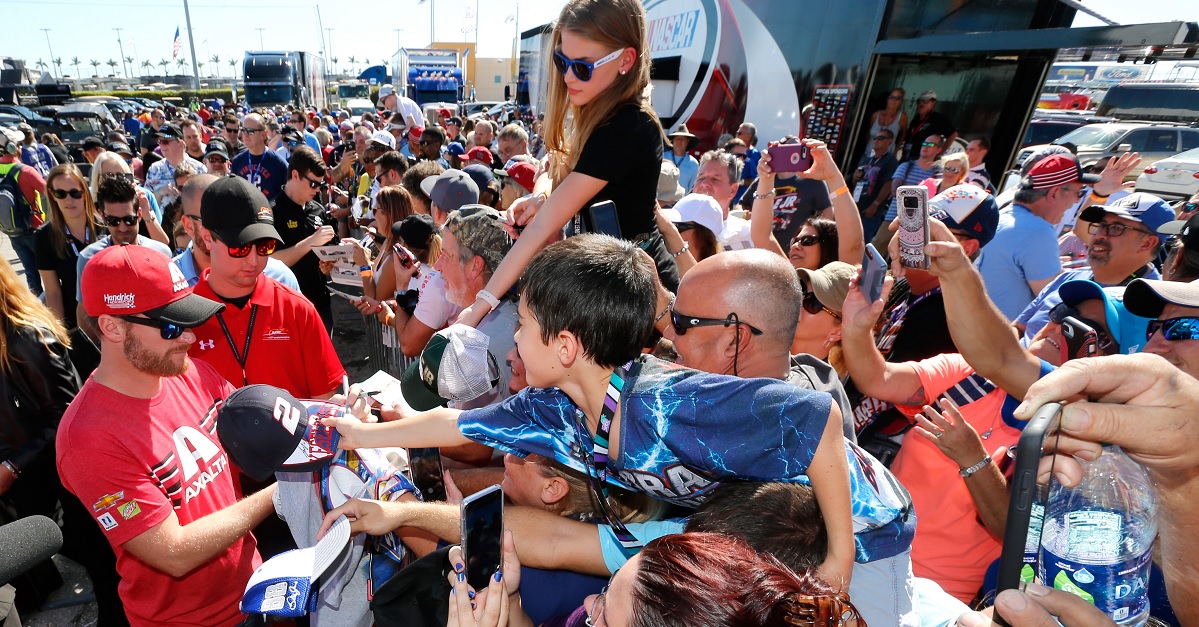 No, not with the title or most wins for a season or even a career. He was voted the most popular driver 15 years in a row. In the hearts and minds of most NASCAR fans, ?Little E?, as he was first known, was the best in the business. And since the business of NASCAR is as much about image and public relations as it is about wins (sponsors want drivers who fans like and connect with), being the next Dale Earnhardt Jr. is a pretty smart goal for other drivers.

Many of them have joked over the years about Earnhardt Jr?s following. Junior Nation as it?s called made it hard for any other driver to gain much traction. Now that he?s retired, here?s my pick to succeed Dale Jr. in the hearts and minds of racing fans.

Chase Elliott. All conversations about most-popular have to begin and end with Chase. No, he doesn?t have a Cup win yet, but see my earlier line about wins. In many other categories, Elliott is right there. He has twelve top-5 finishes in 2017 and ended the season ranked 5th. He is in the top-10 for stage wins and laps led. He is also a two-time Most Popular driver in Xfinity as well as the youngest driver ever to win that series championship (2014), and the first rookie to achieve that feat.

Pedigree counts for a bunch in NASCAR and Elliott has got that hands down. The son of 1988 Cup champion Bill Elliott, fans love that Chase grew up in the sport. At just 21-years-old, Elliott attracts the younger demographic while still appealing to the veteran fan.

And, he’s also displayed spunk. He showed he won’t be intimidated when he extracted revenge on Denny Hamlin for bumping him and denying him a win. Elliott didn’t talk about what he was planning to do — he just took care of business.

Unless he does something really, really stupid to mess this up, it?s his title to lose. And who knows, he just might break the record of 16 years being voted NASCAR?s Most Popular driver?a record held by his father, by the way.