Here’s Proof That Even Monkeys Can Be NASCAR Fans (And Drink Beer, Too) 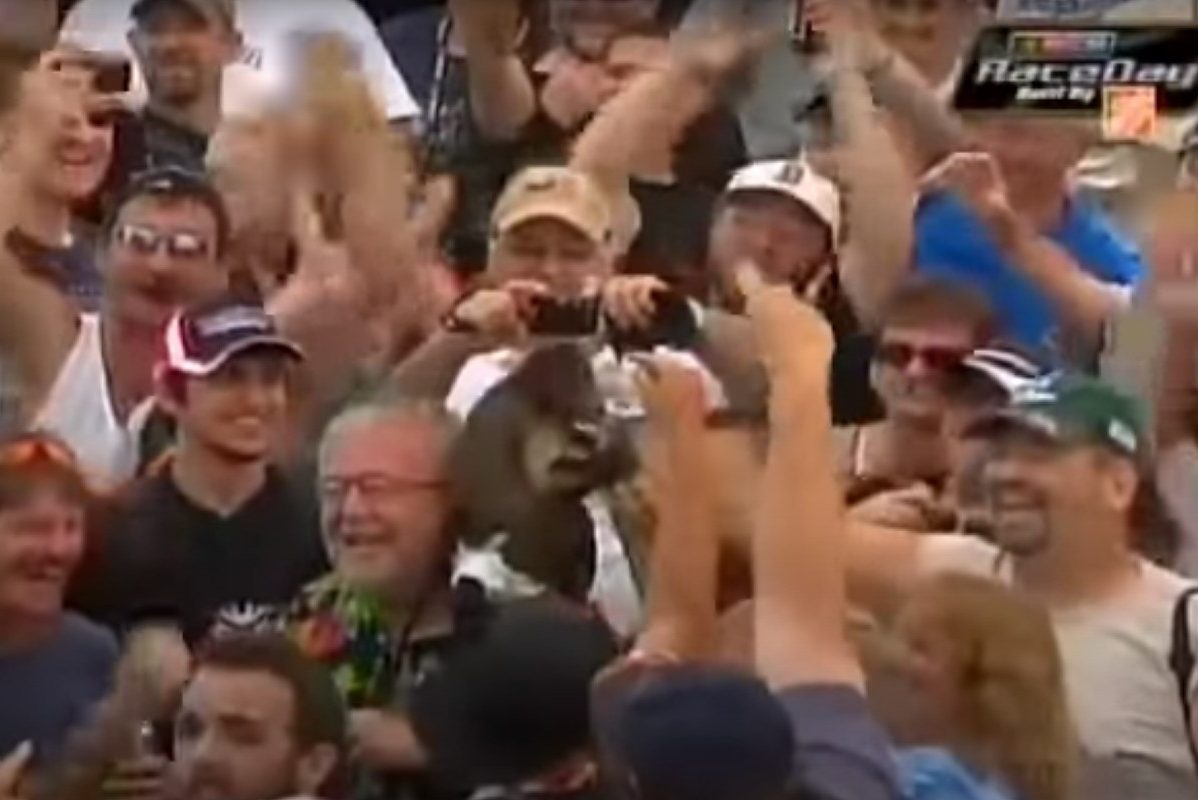 Seriously, though, who just thinks to bring a monkey to a NASCAR race? Then again, I guess that’s half the fun of going to one of these races: You never quite know what you’re going to witness.

Watching the cars race is fun and all, but if you’re not people watching before, during, and after a NASCAR event, you might miss out on something like the wild scene shown in the video below.

A few years back, the presenters on NASCAR RaceDay on Fox Sports 1 couldn’t help but get distracted during their broadcast when one of them spotted a monkey in the crowd. As they all turn to take a look, the camera also transitions to start filming the wild scene. However, this is no ordinary monkey. This monkey clearly knows how to have a good time, because it’s seen hanging out with the crowd with an ice cold Coors Light in his hands.

The monkey puts its lips to the can for a quick sip of the beer, and it’s caught on camera. Both the spectators in the crowd and the announcers couldn’t hold back their laughter in this hilarious moment. The man with the monkey on his shoulder has the biggest grin on his face, since he knows all eyes are on them. It was his little friend’s time to shine!

Of course, when you bring an animal like this around lots of spectators that have been drinking, it’s bound to draw some attention. I’m not even entirely sure how the guy was able to bring a monkey into the crowd, but I’m glad he did, because this was definitely an epic moment.

Towards the end, you hear one of the commentators say “Just when you think you’ve seen it all.” This is just one of those things that you’d only be able to see at a NASCAR race.