One of the worst NASCAR wrecks ever occurred 27 years ago, and drivers still talk about it 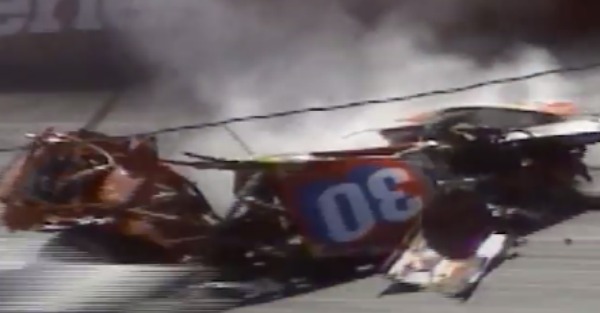 Some 27 years ago at Bristol, Michael Waltrip’s car was obliterated when his car came out of turn two and slammed into a wall,. It was one of the most horrifying wrecks the sport has ever seen. Miraculously, Waltrip walked away from it.

“I think I’m all right,” Waltrip said after he was pulled from the wreck and was being driven away in a cart. “I’ve got some contusions and a little bit of confusion, but that’s probably not too unusual.”

This was scary for me also. I almost hit Mikey. I am the first car by in the green & white #36. #crazystory https://t.co/7VEgLzNfns

I was horrified by this. I thought @MW55 was gone for sure. https://t.co/G7wZ9fyLRW

I was horrified by this. I thought @MW55 was gone for sure. https://t.co/G7wZ9fyLRW