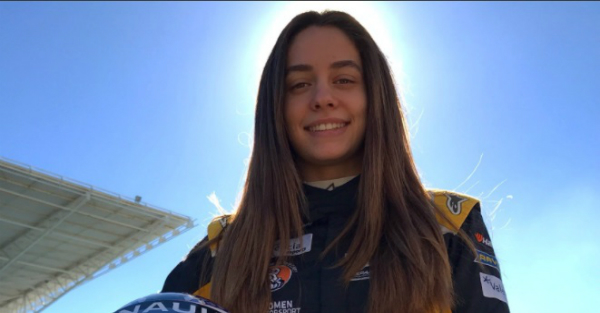 After one season with Renault, Marta Garcia apparently will be looking for a new team to race for in the future.

Garcia had a season best 5th place finish in the F4 Spanish Championship and finished ninth in the standings, according to motorsport.com. Her teammate, Christian Lundgaard, had seven first place finishes en route to winning the championship. While Garcia finished better than half of the field in the point standings, it wasn’t enough for Renault.

RELATED: A major manufacturer shakeup could be on the horizon in Formula One

Garcia knows she faces an uphill battle after losing the support of Renault.

“I?m not anymore with Renault,? Garcia said to Motorsport.com. “Two weeks (after the season finished) they contacted me.

“I was ninth in the championship, so I know they are not satisfied,” Garcia added. “The target was to be in the top three, but this was not possible.”

“The performance was not great, but also the problem was the economical situation,” Garcia said. “We couldn?t afford to pay the full season (without Renault?s backing), and they say it?s better if we stop now, because the next step needs more economical support.”

When asked about plans for 2018, Garcia was unsure about what her future in racing will be, if anything at all. As of right now, she has nothing, but is trying to talk to sponsors so she can be funded.

“I?m trying to talk with some sponsors to see if I can get the money to race, I don?t know where,” Garcia said. “But I don?t know if I will be racing(at all).”

When asked her take on the first season, Garcia was able to reflect and share what she learned throughout the year.

“I wouldn?t say it was a disaster year, because at least I learned some things,” Garcia said. “But it?s not been what I was expecting, it?s been a bit tough.”