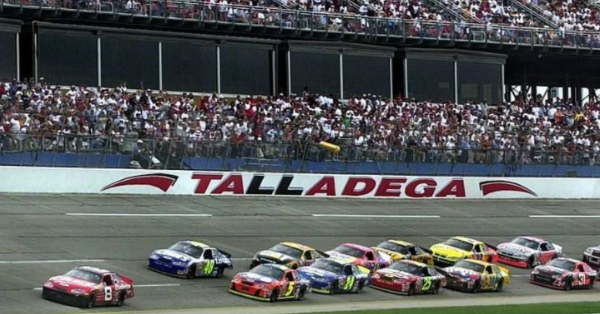 Mark Thompson has been driving professionally for over 25 years in the ARCA Racing Series, but he’s only driven in one Cup Series race during his career.

That will change on Sunday as the 66-year-old will be behind the wheel for the Alabama 500 at Talladega Superspeedway. Thompson will drive the No. 15 Chevrolet for Premium Motorsports, and his crew chief will be Tommy Baldwin.

Thompson, who lives in Cartersville, Georgia, said it will be an easy trip for him to make. He is a U.S. Army veteran and pilot, and his car will be sponsored by Phoenix Air, an international charter flight service based in Cartersville.

“Talladega is my most favorite track in all of NASCAR,” Thompson said via NBC Sports. “It?s convenient to my home which is in Cartersville, Ga., and it?s only about 75 miles from my home.

“As a pilot, I can fly over there quite quickly and easily. I like the track, it?s just an enjoyable place to drive. I?ve driven about 20 to 30 races at Talladega over my career in the ARCA and Xfinity Series and I?m looking forward to getting in the 15 Cup car this weekend.”

Related: Playoff drivers are prepared for anything at the wildly unpredictable Talladega Superspeedway

Thompson’s lone Cup Series start came in 1992 at Pocono, where he finished 39th. Since, he’s driven in the ARCA series, and he won two races during his career.

In 2015, he became the oldest pole winner at Daytona in the ARCA series at age 63.

Racing at Talladega in the Cup Series will certainly be an exhilarating experience for the veteran driver and his team.