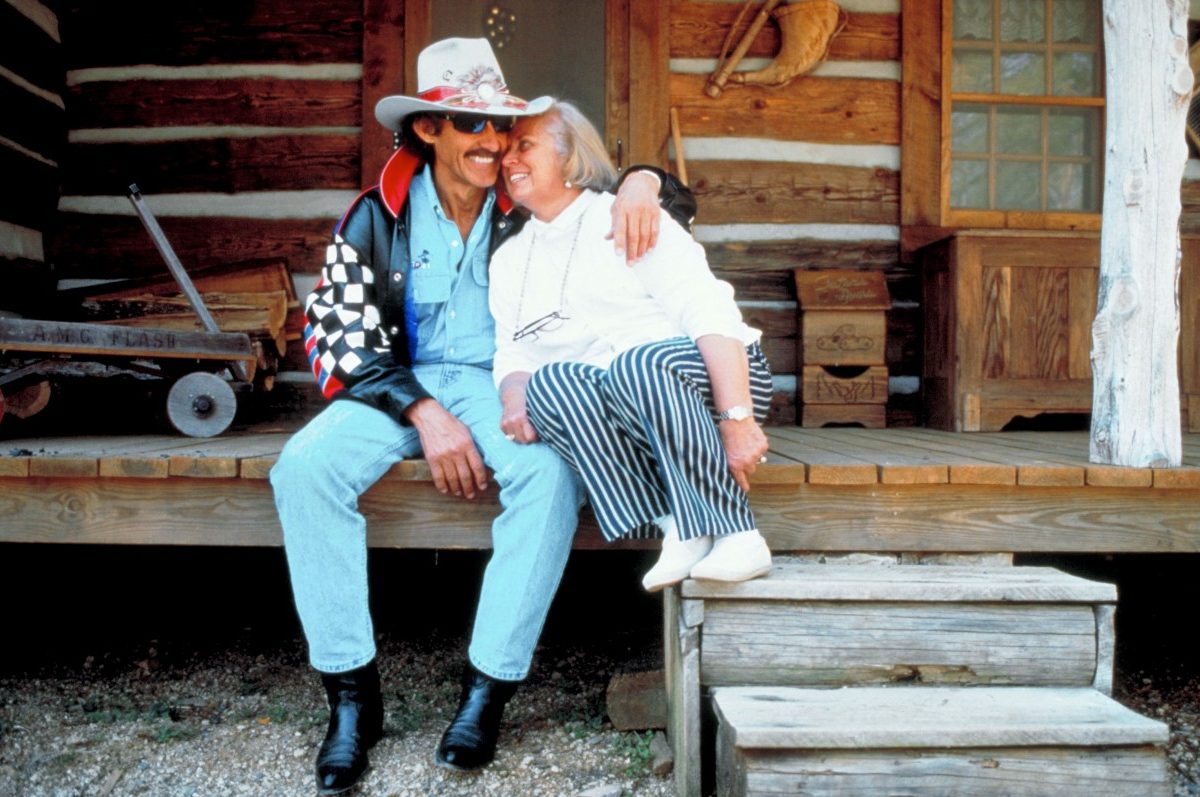 If you’re an old-school NASCAR fan or a newer fan who follows the goings-on of the Richard Petty Motorsports racing team, then you probably know all about the iconic Petty family. The patriarch is, of course, stock car racing legend Richard Petty: a 7-time Daytona 500 winner and 7-time NASCAR Cup Series title holder with 200 Cup Series wins.

Though she didn’t get as much time in the spotlight as Richard, the iconic NASCAR driver’s rock throughout his racing years was Richard Petty’s wife Lynda Gayle Owens Petty. Together, they raised four kids: son Kyle Petty and daughters Sharon Petty Farlow, Lisa Petty Luck, and Rebecca Petty Moffit. They also had a number of grandchildren and great-grandchildren, many of whom joined the family business.

But, that’s all pretty much common knowledge. What you may not know about “The First Lady of NASCAR” is that she voiced one of the characters in the Pixar movie Cars. Over the years, Lynda was a huge supporter of her husband and Petty Enterprises, and that’s exactly the character she played in the movie.

In the movie, Lynda Petty plays Lynda Weathers, a 1974 Chrysler Town and Country station wagon, who used to be a demolition derby queen. That is, until Strip “The King” Weathers — an anthropomorphic 1970 Plymouth Superbird and racing legend — came around and stole her heart, and she traded in the roll cage for a two-car garage.

As they prepare for the movie’s final Piston Cup race, Lynda informs “The King” to be careful while racing. The car is later seen in the crowd cheering on her lover during the racing. Things go south when Chick Hicks (the movie’s villain, voiced by Michael Keaton) crashes “The King” on the final lap of the speedway race. Even though they are extremely worried, Lightning McQueen (Owen Wilson) comes to the rescue and sacrifices his victory by pushing Strip all the way to the finish line. Lynda then gives Lightning a kiss on the cheek to show her appreciation.

Married to Richard for over 50 years, Lynda Petty helped start the Racing Wives Auxiliary. She also served on the Randolph County School Board for 16 years, and was a board member of the Randolph County Hospice. On top of that, she was a Red Cross volunteer, the president of the athletic booster club, and a Girl and Boy Scout leader. Needless to say, Lynda was an extremely giving person.

Sadly, in 2010, four years after the release of Cars, Lynda Petty was diagnosed with central nervous system lymphoma, and she fought for several years until 2014, when she passed away in Level Cross, North Carolina at the age of 72. A private memorial service was held in her memory.

Brian France, who was the NASCAR chairman and CEO at the time, said the following in a statement: “On behalf of the France family and everyone at NASCAR, I want to offer sincere condolences to the Petty family regarding the loss of their beloved matriarch, Lynda Petty. Through the years, Lynda became an integral part of the NASCAR landscape. We have lost a true friend, who will be missed each and every day. Our thoughts and prayers will be with the Pettys throughout this difficult time.”

Grandson Austin Petty, who was the COO of Victory Junction, said, “We have lost my grandmother, but my family and our Victory Junction family are grateful to have had her love and wisdom for so many years.”

“It was no secret that she was the cornerstone of the Petty family; a woman of humility and extraordinary strength. While we mourn her death, we also celebrate her life and the profound impact she had on those who knew her. The pride she had in her children, her grandchildren and her great-grandchildren was shared with us through her unconditional love. Her strong example of leadership outside of her home was most recently acknowledged by the Association of Fundraising Professionals when she, along with my grandfather, was honored with the Lifetime Achievement in Philanthropy Award for her personal commitment to seriously ill children and to our American troops. We honor my grandmother’s legacy of inspiration and enduring love at Victory Junction today and always.”