Up and coming Cup series driver gets major sponsor through 2019 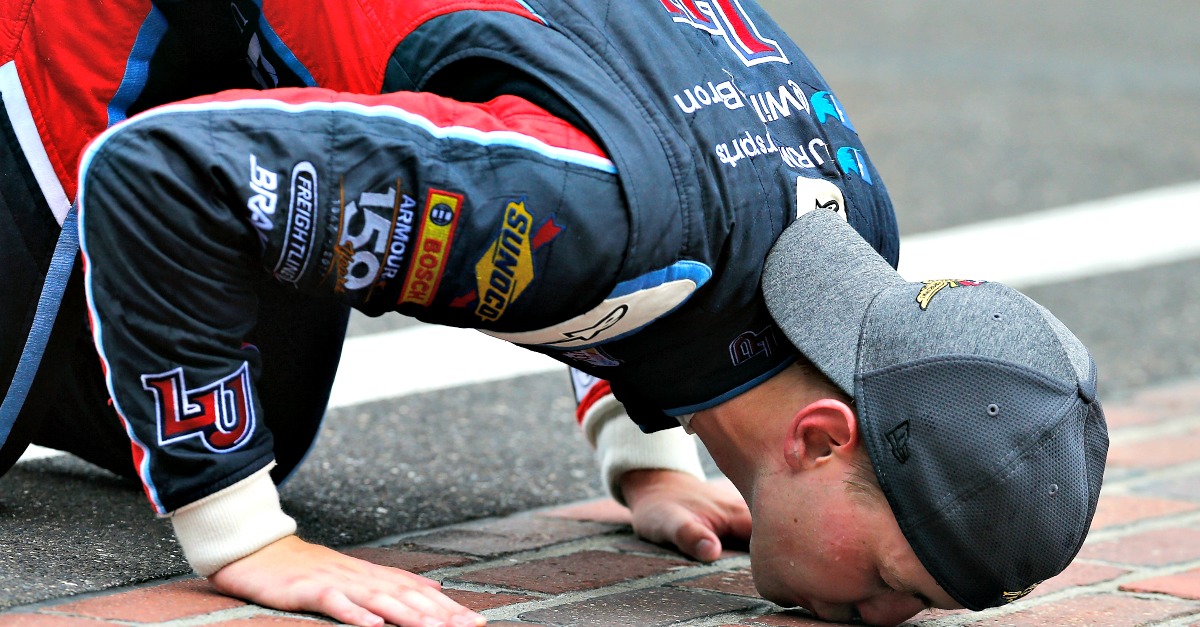 It’s good to be William Byron.

First, he hooked on to Hendrick Motorsports, replacing Kasey Kahne next season. Then, he was give the iconic No. 24 car. Now, he’s landed a sponsor through  2019.

Hendrick announced, through NASCAR.com, that Liberty University will  be the primary sponsor of the No. 24. It’s not a huge surprise since Liberty has been with Byron since 2014, but it is very welcome news in a landscape in which sponsorship is so hard to come  by.

“My experience with Liberty University has been awesome on so many levels,” Byron said in the release. “I’m lucky to have them support my driving career, but I’ve also lived on campus and seen first-hand how they lift up their students. I’m grateful for what they’ve done for me both professionally and academically, and it’s very cool to have them take this next step and continue working with us on the No. 24 team.”

It’s been a roller coaster few days for Byron.

He Hendrick announced late Tuesday that Byron would drive the No. 24 , which has raced in NASCAR since the 1950s and was made famous by Jeff Gordon, when he won an astounding 93 races during his 23-year career.

Chase Elliott will stay with Hendrick but drive the No. 9. That has some significance since his father, Bill, had38 of his 44 career wins in the No. 9, according to NASCAR.