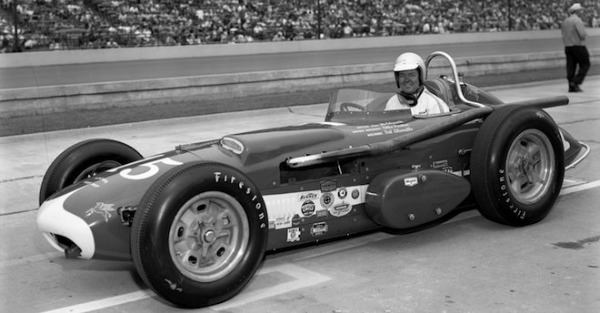 Jim McElreath has died on Thursday, May 18th, at age 89, according to Racer.com. He started the Indy 500 15 times and finished as high as second in the USAC national championship. He was inducted into the National Sprint Car Hall of Fame in 2002.

McElreath was not a very well known driver, but had the respect of his fellow racers for his toughness and skill.

A. J. Foyt, who owned one of McElreath’s winning cars said,

“He was a helluva lot better than people thought he was. He was hard to beat; he was tough but he was a good guy.”

“Jim didn’t talk much but if he or Rube [Lloyd Ruby] stood up in a drivers meeting we all shut up. He was a nice man but you didn’t want to get Jim mad at you.”

However tough of a racer McElreath was, his life was full of tragedy that took a toll on the man. His son died on the racetrack in 1977 and his daughter was killed in 2000 in an airplane crash. Soon after losing his daughter, McElreath’s wife had a stroke and he was her primary caregiver for the next 17 years even amid his own failing health.

He was loyal to the end, and left a lasting impression on those who knew him. Foyt summed it up perfectly saying,

“Jimmy was a helluva man.”