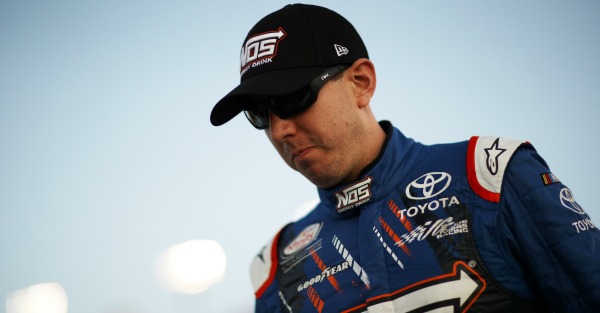 Kyle Busch is only two wins shy of tying the record for most wins in Truck Series history, and he could very well do that this year.

Busch has 49 wins in the Truck Series, which is two shy of Roy Hornaday Jr., who will be inducted into the NASCAR Hall of Fame on Jan. 19.

The number of races Busch can compete in for the Truck Series was cut down for the upcoming season. Cup Series drivers with more than five years of experience are limited to five Truck Series races, which is down from seven in previous years.

The success rate for Busch has been phenomenal in the Truck Series. According to NBC Sports, he’s finished first or second in 73 of his 140 career starts, which is 52.1 percent.

The limitations on the number of races might be the only thing that keeps Busch from breaking Hornday’s record this year. He won three of seven races last year, so he has a great shot to at least tie the record sometime this season.