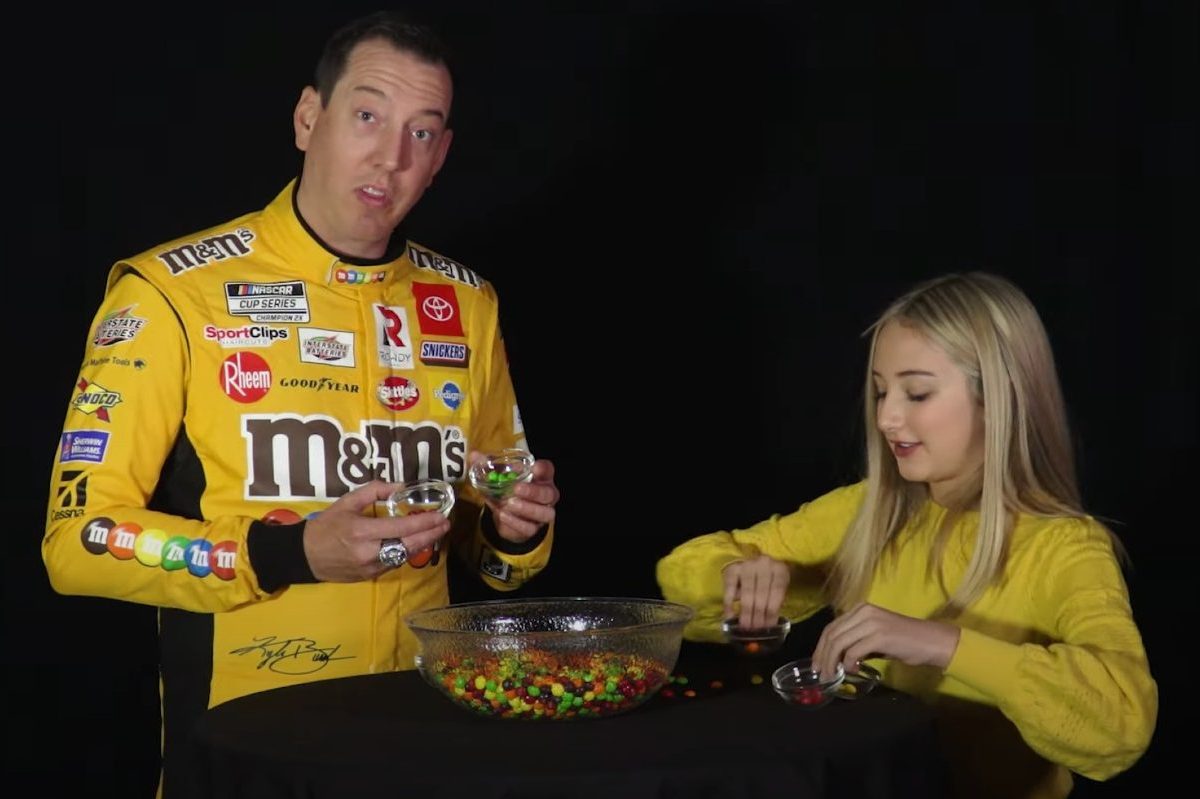 Kyle Busch might be fast when he’s behind the wheel of a stock car, but how does that speed translate when he’s faced with a different challenge? Earlier this month, the official NASCAR YouTube channel uploaded a video showing NASCAR’s kid reporter Lacey Caroline going head-to-head against the Cup Series champion in a Skittles counting contest.

You can check out the below video to see the winner. Who’s your money on?

At the beginning of the video, we see Lacey explaining the rules of the game. It’s pretty simple: There are five different bowls in front of you, and there’s 30 seconds on the clock to grab and sort as many Skittles as possible by their color. The one that has the most amount of candy sorted by the time the clock hits zero, wins. Seems easy enough, but you can never underestimate the random talents of children.

As the clock starts winding down, both of them grab a big handful of the candy. While rapidly trying to sort, Lacey still finds the time to ask Kyle a couple of different questions, one of them being if the driver actually likes Skittles. He says that they are “his favorite,” which I’m sure M&M’s isn’t too happy about. It’s all in good fun, though.

The time winds down sooner than they expect, and they rush to sort the rest of the pieces in their hands. And the winner is…drumroll please…Kyle Busch!

Turns out the Candy Man didn’t get his nickname for nothing, but hey, you have to love a little friendly competition. Lacey may be young, but she definitely seems like a natural when it comes to being in front of the camera, and reporting alongside star drivers. Safe to assume we’ll see more of her NASCAR segments in the future!