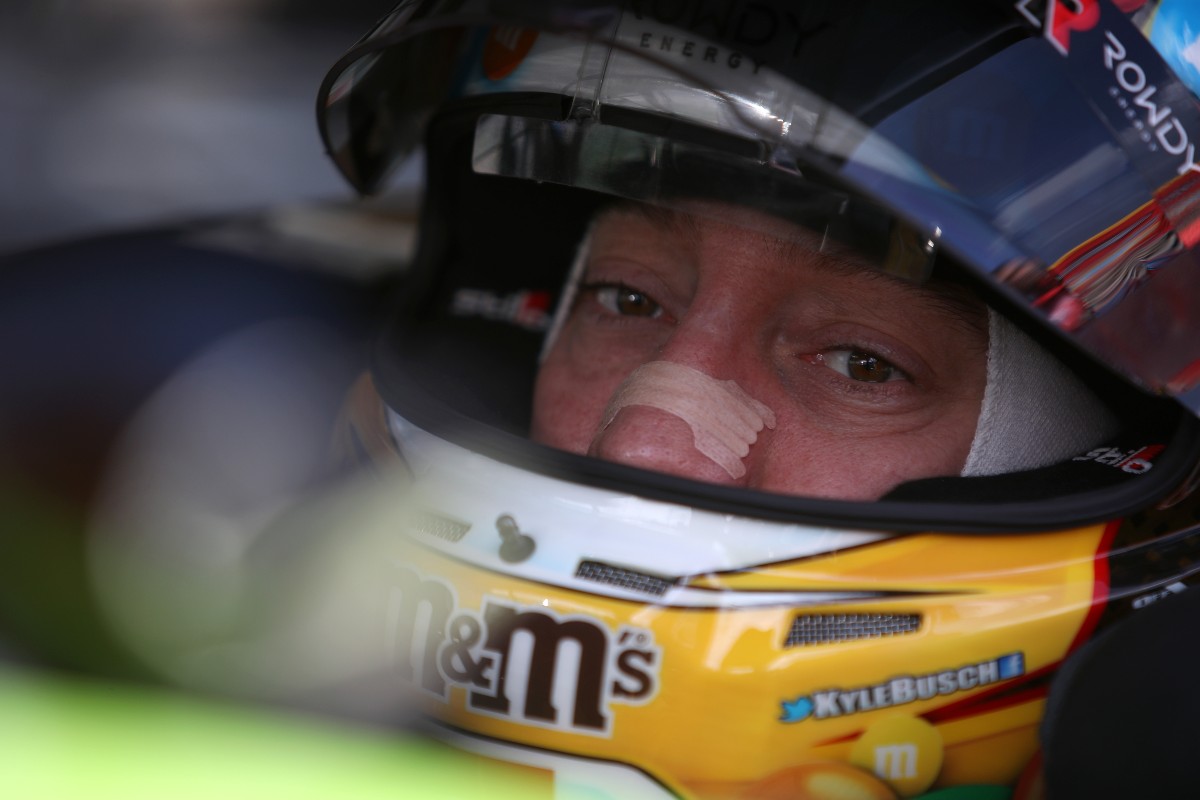 After racking up his third straight win, Kyle Larson punched his ticket to the Championship 4, leaving three spots up for grabs. Kyle Busch, on the other hand, finished 28th, and since he entered the Round of 8 race just inside the cutline, Busch, like other drivers in playoff contention, was hoping for a strong performance. But, the driver of the No. 18 Toyota for Joe Gibbs Racing was plagued by several problems throughout the race, which led to a couple of heated outbursts over his team’s radio. One of which targeted Bubba Wallace.

First off, on lap 23 of the 267 lap race, Busch hit the outside wall and cut a tire. This brought out a caution and a frustrated Busch over the radio.

Then, on lap 108, Busch was in a battle for 10th against Wallace, the driver of the No. 23 Toyota for 23XI Racing. Wallace racing so closely to him caused an already angry Busch to get even more angry.

About 25 laps after going ballistic on Bubba, Busch hit the wall again, this time after getting loose off turn two. Even before subsequently riding the wall into turn three, the fate of Busch’s car was pretty much sealed. The entire right side was smashed in and the rear quarter panel was broken at the seam.

In a post-race interview with NBC Sports, Busch gave his brief take on the day’s events.

“It started rough. I thought it was going to go rough, but not that bad,” Busch said.

“Just could not get the right rear feel in the race track on entry and exit. Especially with the way the wind direction was there. Super loose off of turn two, all day.”

“Slipped out from underneath me, the first time. That was going to be manageable. But, then the second time, it just killed it.”

“Today was just not beneficial to me, whatsoever. Not out of it, that’s the positive of it.”

Busch does have another chance to solidify his spot in the Championship 4, as NASCAR heads to Martinsville Speedway for the Xfinity 500 on Halloween Sunday.