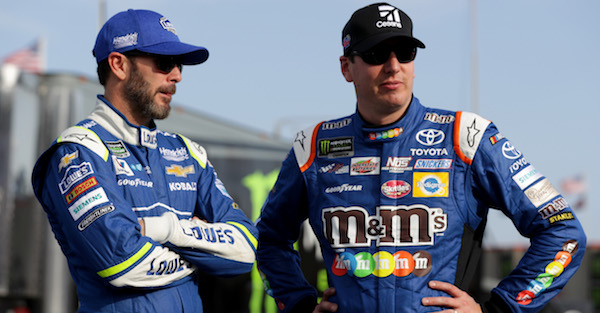 Kyle Busch thought he suffered a heatstroke during Sunday’s race at Charlotte Motor Speedway, and he collapsed on the ground immediately following the race.

Busch went to the care center for fluids and oxygen, and it was a rough day overall for the championship contender. He crashed into the wall and his car suffered damage, and he said he was so hot in his car that he nearly threw up.

“After I first tore it up, it was just a handful from there,” Busch told reporters after the race, as reported in NESNFuel. “Literally as soon as I did it, just coasting around under caution I could feel it being about 50 degrees hotter inside the car. It just got so hot that you literally felt like you were going to puke. ”

I was just trying to make it to the end of the race and luckily we did. From there, just trying to get cooled down and get body temperature back to normal.”

Related: Kyle Busch reveals why he collapsed Sunday at Charlotte

Busch had won back-to-back races entering Sunday’s race at Charlotte, but he finished 29th and now has his work cut out for him in the next two races.

A win automatically clinches a driver into the next round, and the rest of the field will be determined by points. Busch has one win at Talladega in his career, and that came all the way back in 2008.