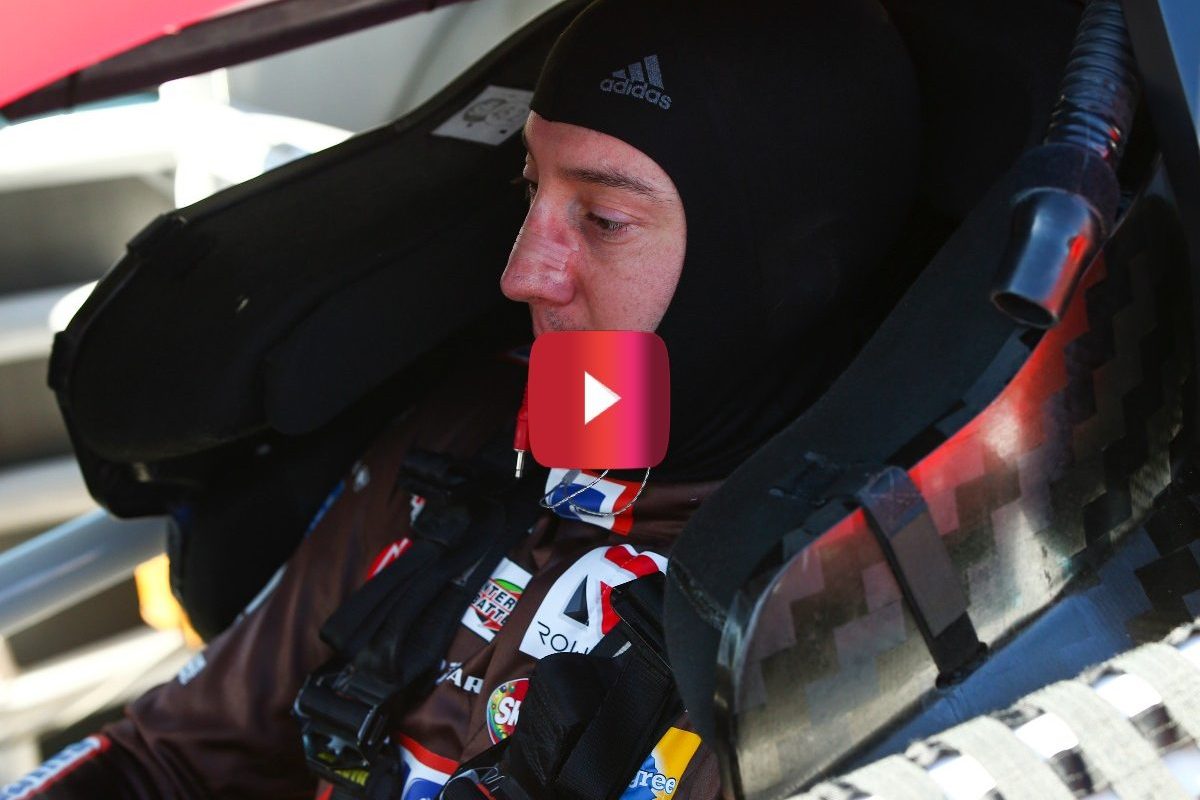 Whenever Kyle Busch shows up to his hometown track at Las Vegas Motor Speedway, he expects to put on a dominant performance. And, while his third-place finish at Vegas last week was nothing to scoff at, it certainly wasn’t as sweet as a glorious ride into victory lane. As Ricky Bobby’s dad says in the classic comedy Talladega Nights, “If you ain’t first, you’re last.”

Now, Busch has been known to have his blowups and tantrums over his No. 18 team’s radio, and after having some problems during last Sunday’s race, he let his team have it in classic Rowdy fashion.

You can listen to Busch’s outburst in all its censored glory at around the 2:23 mark in the NASCAR radio compilation video below.

While Busch’s third-place finish was his best through four races this season and his second top-10 finish, he’s still chasing that win, especially after only racking up one during the 2020 season.

When analyzing his team’s performance at Vegas, Busch was a little more levelheaded at the post-race press conference.

“I felt like [Sunday] was a good building process for us,” Busch said. “I just always kept trying to give the best feedback I possibly could. Being able to tell him what the car was doing, where we were coming from with the adjustments we were making. [Crew chief Ben Beshore] was making good adjustments all day. Seemed like the first two or three of them really didn’t do anything. We started taking swings with wrenches in the back window, stuff like that.”

“Some of the teams that have had a rough start, like ourselves first few races being terrible. We kind of had a hole that we had to dig ourselves out of. We’ve been working on that each week, getting closer.”

Currently sitting at 14th in the Cup Series driver standings, Busch will be definitely be gunning for that checkered flag at next week’s race in Phoenix.

WATCH: Kyle Busch’s Net Worth: How the Las Vegas Native Hit the Jackpot