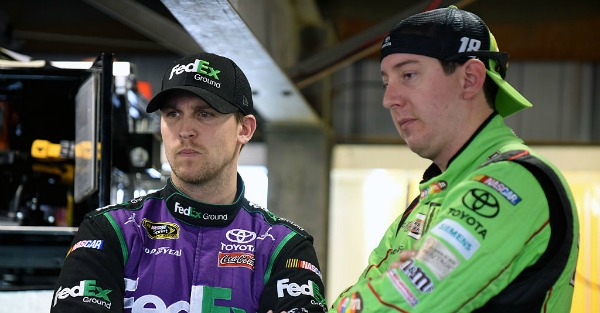 It is going to take more than a few right turns to slow Kyle Busch down. He won his third straight and 6th overall  pole at Watkins Glen in advance of the I Love New York 355. Busch averaged 126.925 around the 2.45 mile road course and will try for his second win in as many weeks.

Denny Hamlin, however,  is not having such a great start to his Sunday. He ran into braking issues during qualifying and will start from the back of the pack.

Qualifying behind Busch was Kyle Larson in second, Martin Truex Jr. in third, Chase Elliot in fourth and Daniel Suarez finishes out the top five.

NASCAR has been trying a new “Skinny” schedule in order to save money and give teams more time with their families, so qualifying has been moved to race day. So far, Busch can be considered a huge fan of the move. Last week at Pocono, he managed to win the pole and the race in the same day, then said after the race:

Related: Some NASCAR drivers are in favor of a major schedule change