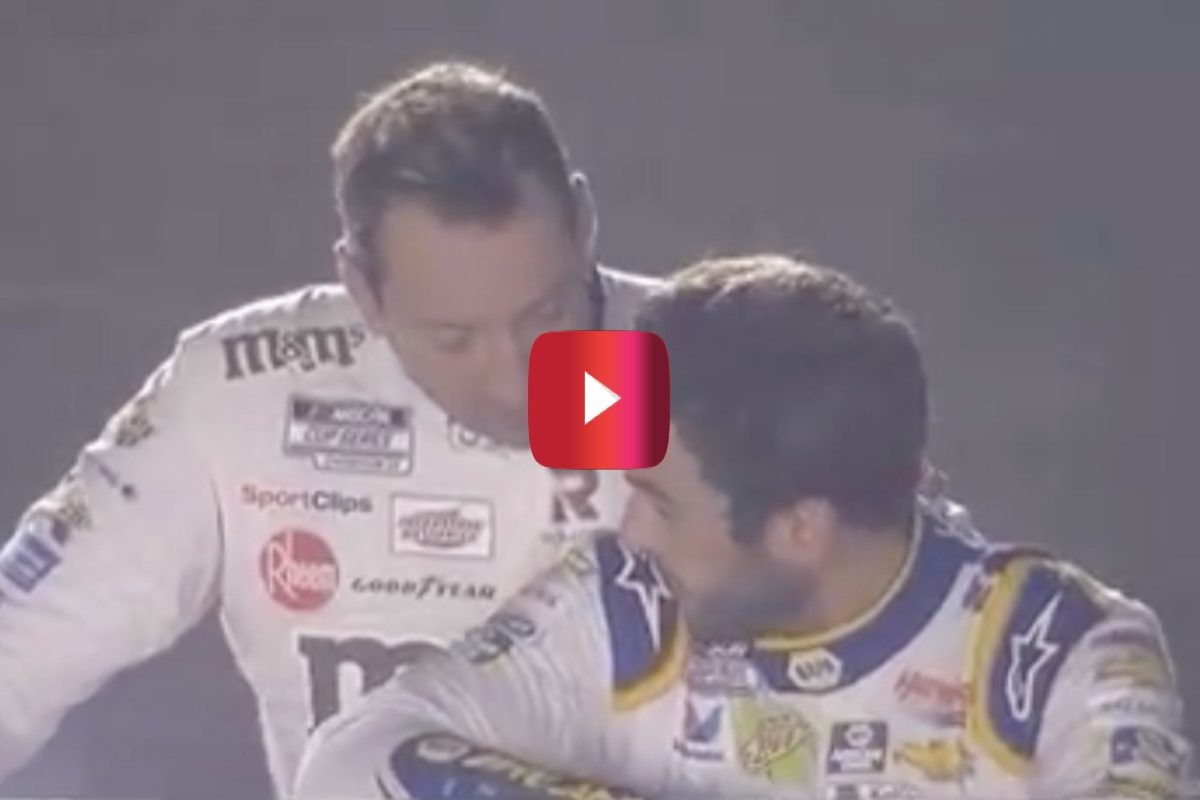 Running into a little bad luck every now and then is part of racing, and most drivers know this first hand. Back in May, NASCAR driver Chase Elliott seemingly had a black cloud over him after losing two straight races, while victory was within his grasp on both occasions. The second incident was so unfortunate, that fellow driver Kyle Busch felt the need to come over and give Elliott some words of encouragement at the end of the race.

It’s actually pretty interesting that Busch did this, considering he was the one that caused Elliott’s wreck in the previous race, but an experienced full-time driver like him can realize that it was an upsetting situation. To really understand the full extend of Elliott’s frustrations, let’s look at the unfortunate race endings for the driver of the No. 9 Chevrolet for Hendrick Motorsports.

Welcome to #NASCAR, new viewers. Yes, a hell of a lot can change in four days. #CocaCola600 pic.twitter.com/yXVrTQ54yz

Starting with the first incident, which happened on a Wednesday night at Darlington Raceway, Elliott was in second position and closing in on the leader with 28 laps remaining in the Toyota 500 NASCAR Cup Series race. Kyle Busch misjudged the upcoming turn, and the Joe Gibbs Racing driver ended up spinning Elliott into the wall, ruining his chance at the victory and resulting in a 38th place finish.

It wasn’t hard to see that Elliott was understandably frustrated. If the look on his face didn’t give it away, it was made clear when the two-time Most Popular Driver flashed Busch his middle finger as he passed. After the race, Busch did take the blame and apologized for spinning Elliott.

Just four days later on Sunday night, Elliott and Busch faced off at the Coca-Cola 600 at Charlotte Motor Speedway. Towards the end of the race, with only two laps remaining, Elliott managed to get around Brad Keselowski and was in the lead position. Unfortunately, a rare mistake by his teammate caused caution flags to fly on the final lap and led him to pit road.

The idea was to change tires, so he could finish the last two laps strong, but it caused him to be put back into 11th position during the restart. Amazingly, he worked his way back up to second place, but once again, he had the victory slip right through his hands.

Shortly after the race ended, Busch, a two-time Cup champion, walked up to Elliott to give him a few words of encouragement to lift his spirits. It’s crazy how quickly racers can change their mentality. The interaction between the two drivers was highlighted on multiple social media platforms. Although the two technically broke COVID-19 pandemic rules, it was reported by Fox Sports that they would not be penalized.

Kyle Busch describes why he felt compelled to talk with Chase Elliott after the Coke 600: pic.twitter.com/yjpPcJZEpu

During a short Zoom call following the race, Elliott told reporters that, “He just felt bad for us,” when asked about his conversation with Busch.

Busch later gave his side of the story to reporters, stating that he’s been in that situation before, and that Elliott handled it much better than he would have. Even though racing can be extremely stressful, it’s always good to see competitors check up on one another from time to time. Luckily, Chase Elliott did eventually find his first win of the season at Charlotte the following week, so at least this story has a happy ending.