Kyle Busch is not satisfied with his outstanding 2017 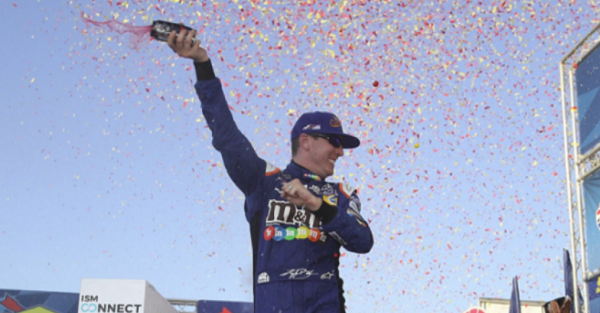 Kyle Busch has a reputation for being one of NASCAR’s grumpiest drivers.

After a race at Las Vegas earlier this year, Kyle Busch got out of his race car, walked towards fellow driver Joey Logano, and then punched him in the face without saying a word. That was retaliation for what Busch thought was an intentional wreck that occurred on the final lap.

All in all, 2017 wasn’t a bad year for Busch. Sure, he had his fiasco on pit road in Las Vegas, but he still won five races, captured eight poles awards, and led more than 2,000 laps. In most seasons, a stat line like that would be good enough for a Cup Series championship, but 2017 was the year of Martin Truex Jr.

?It seemed like the 78 bunch was ready to go a lot quicker than we were,? Busch recently told NASCAR.com. ?They were really fast early in the season. They won Las Vegas, they were really quick at California. ? It took us probably until about May or June (to catch up).?

Busch might have a point. If you don’t count winning the Monster Energy NASCAR All-Star Race in May, the 32-year-old driver was held winless until Pocono in July, but that was typical of Toyota in general. After introducing a new body style to coincide with the release of the redesigned 2018 Camry, Toyota teams only won two of the first 17 races and both of those victories were scored by Truex. However, as drivers grew more comfortable with the Camry’s design, Toyota drivers dominated the NASCAR stretch run, ending the season with 16 wins in 36 races.

Still, Busch was not content with his with 2017 season, describing it as only a “good year.”

?Many would consider a great year but certainly in the end there was a lot of disappointment there and aggravation,? Busch said. ?But that only fuels the fire for what?s going to happen in 2018.?