Kurt Bush loves racing, but has his eyes on another career 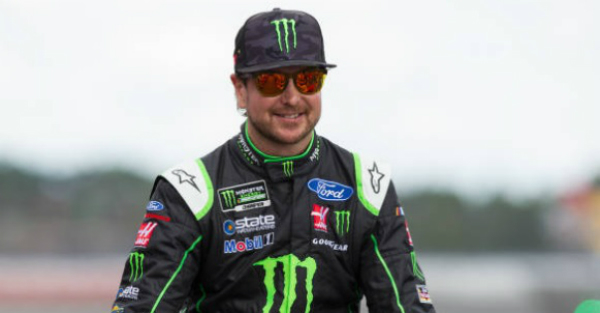 With the 2018 NASCAR Monster Energy Cup Series season getting ready to kick off in a few weeks, Kurt Busch will be looking to go back-to-back at the Daytona 500.

Busch won last year’s event for the first time in his 18-year Cup Series career. And while he is looking forward to winning the event again this year, he’s looking at another option for the future, according to NASCAR.com.

Related: Kurt Busch hints that Ford will make a move to match Chevy and Toyota next year

“I feel like I have a lot more to do in racing, whether it’s the NASCAR level or anything else, sports cars,” Busch said. “Done some drag racing, done some Indy Cars, but to me, I’m just trying to learn more about the whole product that happens with racing and that is to work with guys like FOX or NBC.”

Busch will soon learn a little bit about things as he will serve as a guest commentator at a Supercross event next week and assist ESPN with the X Games in Aspen, CO which take place from Jan. 25-28.

Busch and Stewart-Haas Racing reached an agreement in mid-December that allowed for him to return to the team for the upcoming season, after not being re-signed in August.

While Busch is venturing out some and expressing interest in covering events, don’t look for him to walk away from racing anytime soon. He has said that he would like to “have options” for the future.

There have been many drivers that have transitioned to the broadcasting side of things. Dale Earnhardt Jr. will be covering NASCAR, Super Bowl LII, and the Winter Olympic Games for NBC this year. Other drivers to cover racing include Jeff Gordon, Brad Keselowski, Clint Bowyer, and Kevin Harvick.

Related: Get ready to see a lot more of Dale Earnhardt Jr. this February