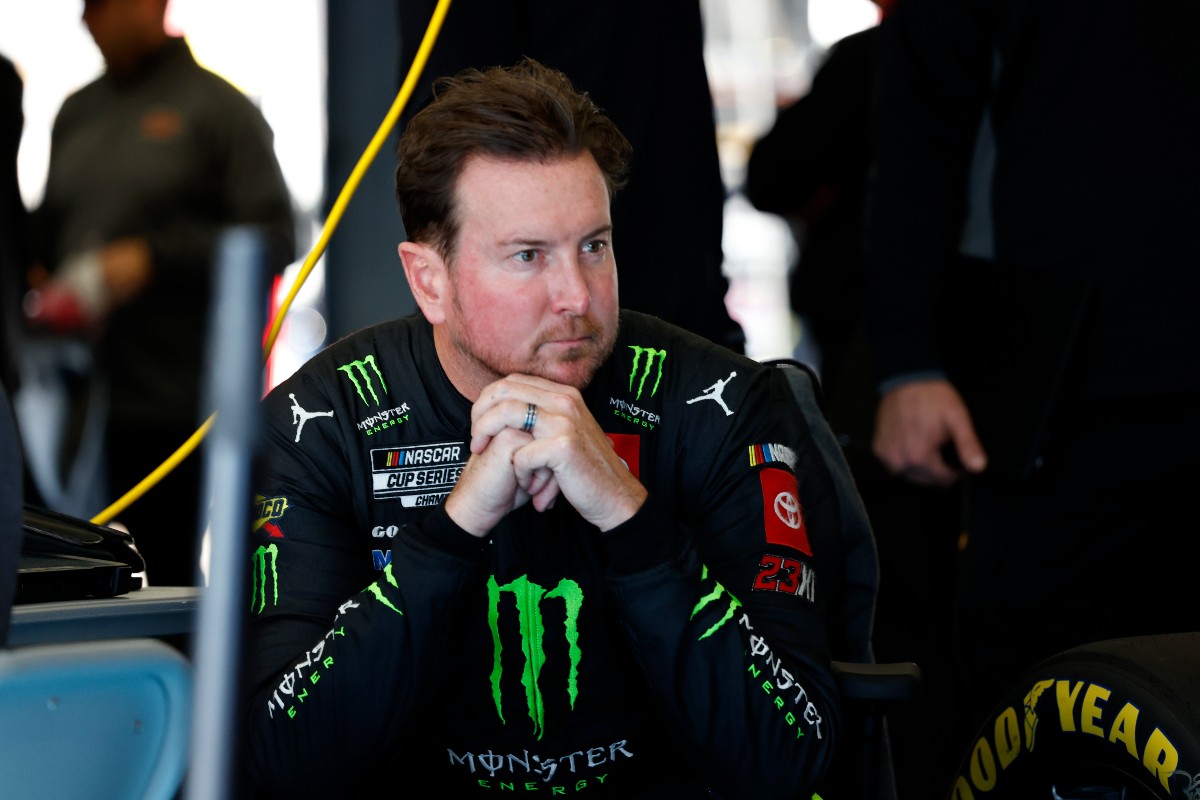 During his more than 20-year tenure in the NASCAR Cup Series, Kurt Busch has racked up a number of accomplishments, including 33 Cup wins and the Cup championship in 2004. At 43 years old, Busch is showing no signs of slowing down, having signed on with 23XI Racing for the 2022 season. Co-owned by Denny Hamlin and NBA legend Michael Jordan, the team was founded in September 2020, and fielded Bubba Wallace’s No. 23 car for the 2021 season. The addition of the accomplished Busch proves that the team is gearing up to be a force to be reckoned with, which shouldn’t be that surprising with the likes of a six-time NBA champion at the helm.

When someone like Michael Jordan approaches you for the opportunity to team up with him in a sports-related venture, you jump at the opportunity. Busch was no different. During a recent interview on SiriusXM NASCAR Radio, Busch gave some further insight into what that initial meeting with Jordan was really like.

“I mean he is the GOAT,” Busch said. “The situation, the way it all came together, it was this impressive meeting out in Sonoma earlier this summer. Right away, I got along with him. Just with the way he was chill but also presented this aura about him. ‘We will win. We are here to win. This is what this is about.’ And it was like, ‘Yes sir.’ He’s like, ‘Don’t call me sir.’ I said, ‘Alright, let’s win.'”

Busch continued, “It was just easy right away to piece together what the contract is. Monster Energy was incredibly excited about it. Toyota, they were the ones behind the scenes, kind of pushing for a veteran to jump in the program and move the needle with 23XI. I’ve raced a long time for a lot of different legendary owners and Hall of Famers in NASCAR. MJ definitely has a different presence about him.”

We got our guy.

Read More: Kurt Busch Surprised Kyle With a Mariachi Band for His Birthday, But It Ended Up Being a Double Celebration

Busch was no doubt brought on as a 23XI Racing driver to serve as the team’s veteran presence, which is a role that he reiterated his commitment towards during the interview.

“There’s young engineers and young crew members that are eager to learn, and all the knowledge that I have in certain areas, I’d love to kind of transfer it off to certain guys,” said Busch. “Then, with Bubba, we want him to jump into the program with a mindset to win and to be there at another level next year.”

23XI Racing’s performance in its inaugural season was offset by highs and lows. While Wallace earned his first Cup Series win at Talladega, he struggled to turn in consistent top-10 performances. Will the addition of Busch lead to greater success for the NASCAR team? Only time will tell.