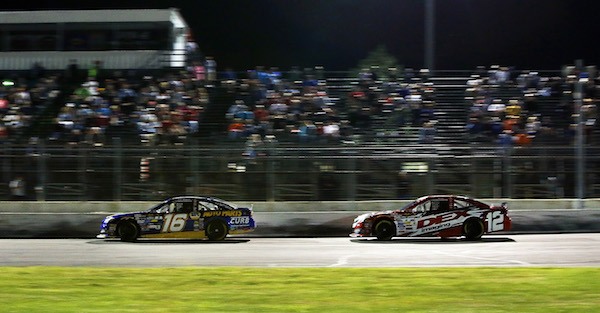 The two drivers have combined to win seven of the first 11 races this season, and the last three races will determine the champion.

Burton has led for most of the year, but Gilliland has won three of the last five races to close the gap.

“From the beginning, Harrison set a high bar with finishing fourth and getting some points at New Smyrna,” Gilliland said via AutoWeek. “We knew he would be the toughest contender for the championship, and we wanted to be, too.”

Related: Rookie of the year candidate’s crew chief fined for the same mistake for the third time this season

Burton said he thought he had done enough to separate himself from Gilliland, but recent races have made the end of the season far more compelling.

“It’s been a lot of fun,” Burton said. “But it’s also been tough because we thought we had them beat a couple of times, and they keep coming back stronger than before.

“We’ve gone back and forth all year, and I think that comes from our drive to beat each other. I’ve found myself viewing Todd as a rival — but in a good way. We’re still friends off the racetrack, and we won’t have bad blood, but there’s no one I want to beat more than him right now. I bet it’s the same for him too.”

Burton and Gilliland are good friends off the track, which makes their championship competition even more entertaining. Burton is only 16, while Gilliland is 17.

Regardless of who wins the championship this season, they will both likely be around the sport for a very long time.