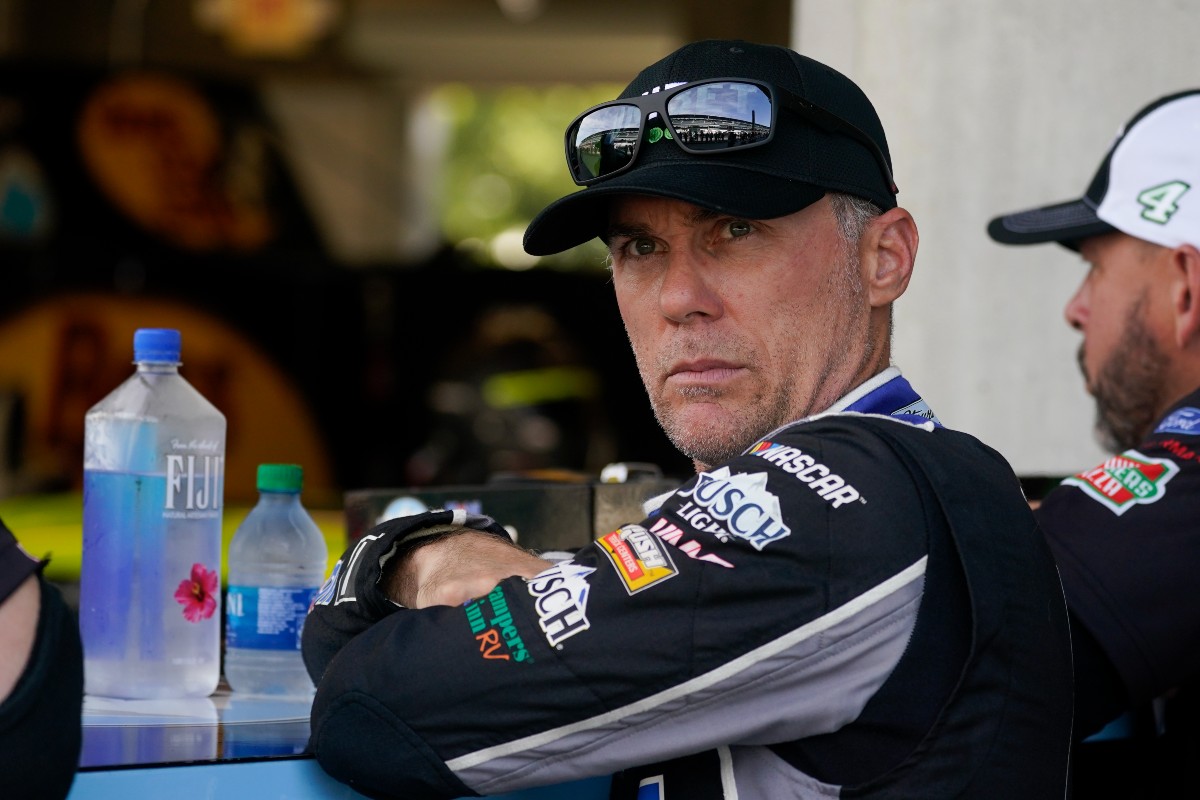 The feud between Kevin Harvick and Chase Elliott may be starting to simmer down on the track, but members of the NASCAR media seem somewhat determined to stoke the flames between the two drivers. Because if one thing about NASCAR is certain, it’s that intense rivalries sell.

In an interview with Jeff Gluck of The Atlantic following the Autotrader EchoPark Automotive 500, Harvick responded to comments made by Elliott before the race regarding the feud.

“I’m still baffled that he’s worried about me,” Harvick said. “I had no chance to win a championship. Looks like he should figure out how to take the same car and run as fast as the 5.”

Harvick’s comments were in response to Elliott’s interview during a media availability the morning of the Texas race, when the driver of the No. 9 car for Hendrick Motorsports was asked whether the feud between he and Harvick was reaching an end.

“Again, up to those guys,” Elliott said. “NASCAR certainly has had a strong stance on it. They don’t want to get involved, right? I mean, I think people kind of mis-perceived that and no one has asked them to get involved, either, myself included. But, they have a sport they’re trying to keep everything in line. You know, we see this across the board in other major sports as well. I don’t think any of the sanctioning bodies want to get involved, but after last week, I guess they felt like they needed to at least have a conversation and do their part. I don’t work there and I don’t run the place, so I don’t exactly know what all is discussed.”

“But, for me, just to try to be respectful towards them and listen to what they have to say and, like I said last week, go do my job and focus on these next four weeks.”

Read More: Here’s What Kevin Harvick and 3 Other NASCAR Drivers Had to Say After Playoff Elimination

There’s no doubt that heated rivalries between drivers brings excitement to the sport, and NASCAR media members seem determined to capitalize on this as it relates to Chase Elliott and Kevin Harvick. For one, the media center at TMS included was graced with a Christmas tree, which happened to be decorated with Harvick and Elliott merchandise.

This was a pretty pointed reference to Elliott’s comments — “As far as Kevin goes, just want to wish them a merry offseason and a happy Christmas” — after the Charlotte Roval race.

"A happy Christmas and a merry off-season" .. looks like 🎄 came early to @TXMotorSpeedway… #NASCAR pic.twitter.com/Q7e3S7pf1N

“Well, I think that’s you guys [the media], honestly, more than anything,” said Elliott, in response to the Christmas tree stunt.

“I get y’all have a job to do, and it’s exciting to talk about and whatnot. So I don’t fault the media for trying to continue it forward and have something to talk about. It’s what y’all do, so I get it.”