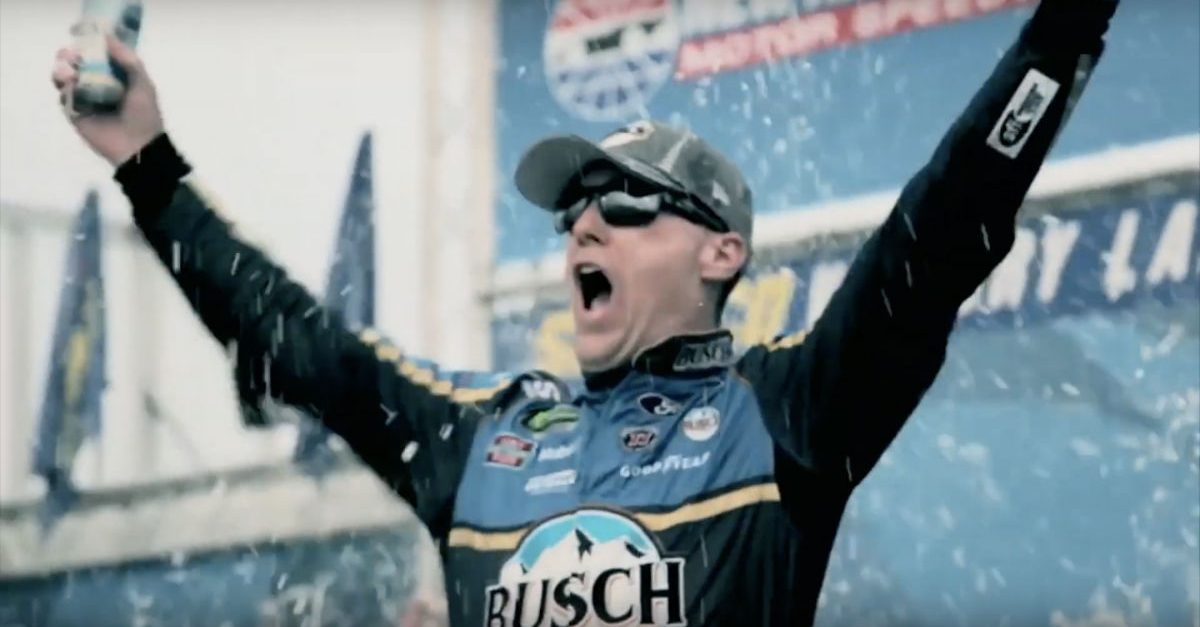 February 17 will mark the 60th Daytona 500, and for 40 of those always exciting runnings of the Great American Race at Daytona International Speedway, Busch Beer has been along for the ride. To celebrate its 40 years at Daytona, Busch is running a special promotion with a little help from Stewart-Haas Racing driver Kevin Harvick.

The Anheuser-Busch beer brand has taken sheet metal and carbon fiber from four of Kevin Harvick?s No. 4 Ford stock cars from the 2018 season and churned out 40 collector beer cans for a few lucky NASCAR fans.

“When you see the finished product and you hear the process that everybody had to go through to make it into a can, (it was) quite the process,? Harvick, who rode into victory lane at Daytona back in 2007, told For The Win. “And you can see the beat-up decals and things that are on the can that actually came off the car.”

“There?s a little map on each can that shows you where the can and the piece of sheet metal was taken off the car. So it?s about as authentic as you can get.”

Read More: The Longest Driver/Crew Chief Pairing in NASCAR History Is Finally Coming to an End

If you’re interested in getting your hands on one of these cans, all you need to do is tune in to the Daytona 500 on February 17 and participate in an on-screen trivia contest. Along with your answer, you’ll also need to include the hashtags #Car2Can and #BuschContest before sending off that tweet.

If Twitter isn’t really your thing, you can also bid on the beer cans during an online charity auction on February 11.

Harvick, who will sport Busch decals for 14 races this year, initially laughed at the Busch beer can promotion idea, but eventually warmed up to it. At 43 years old, Harvick realizes that NASCAR promotions aren’t like they used to be.

?It?s not sticker slapping (on a car) anymore,? Harvick told NBC Sports. ?This is really about how do we interact with the fans, how do we make an impact on the event and bring it to the race car without just slapping a sticker on and buying an in-car camera.

Read More: Here’s Who Is Most Likely to See the Checkered Flag at NASCAR’s Biggest Race of the Year aka the Super Bowl of Racing