Kelli Stavast: What to Know About the NASCAR Pit Reporter 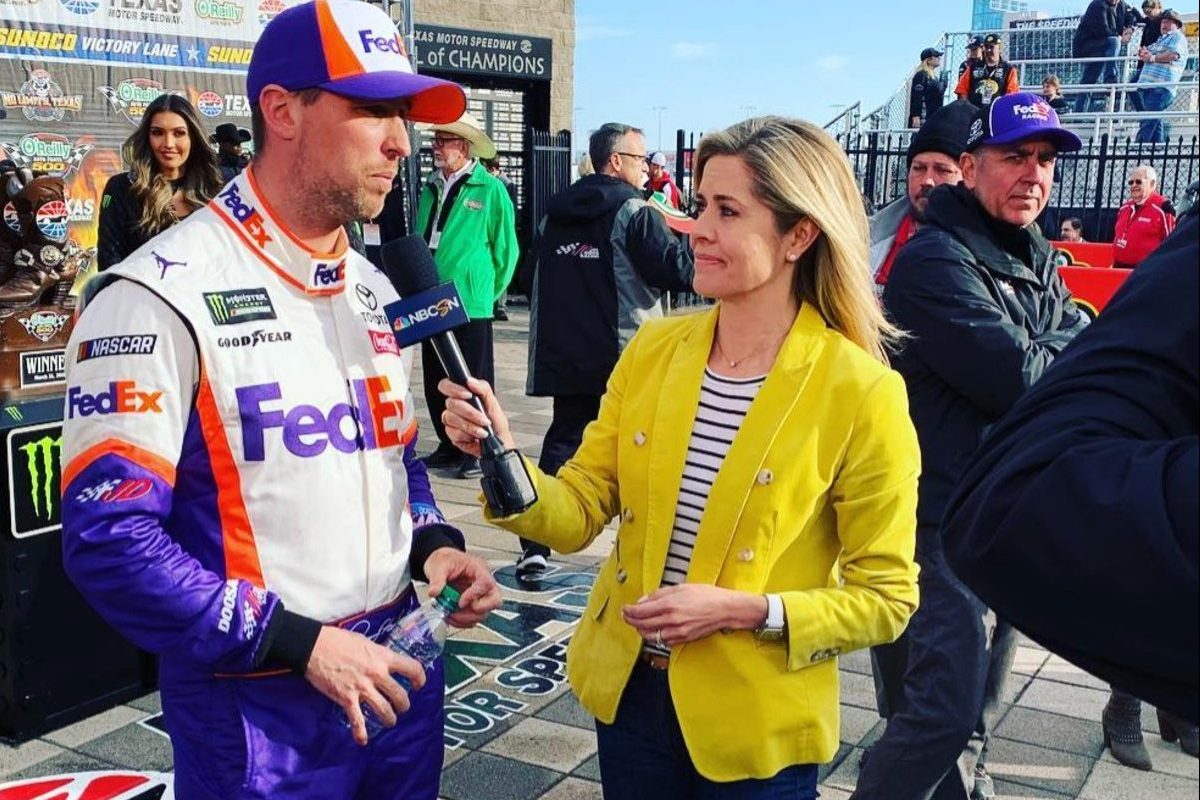 If you want a job as a broadcaster, you have to be very good at covering the action. No matter what assignment they put you on, it’s important to be versatile enough to get the job done. NASCAR pit reporter Kelli Stavast is someone that does this extremely well.

Currently, Stavast works as the pit reporter for NBC Sports Group’s NASCAR Cup and Xfinity Series races, and she also reports for NBCSN’s show NASCAR America. That being said, if you keep up with NASCAR, you’ve probably seen her face pop up on the screen a time or two. The variety of motorsports events that she has covered in her career is impressive to say the least, so let’s check out what she’s done over the years to get her where she is today.

Kelli Stavast grew up in Colorado, and following high school, she attended Chapman University, where she earned a bachelor’s degree in broadcast journalism.

Shortly after graduating from college, Stavast got a job in Grand Junction, Colorado, working as sports anchor for KKCO, an NBC affiliate. The very first motorsports assignment that she had was covering Championship Off Road Racing for both NBC and SPEED. Of course, she knocked it out of the park, and it led her to land more roles around motorsports.

Through the next decade, Stavast covered the Grand-Am Rolex Sports Car Series, Baja 1000, NASCAR Whelen Modified Tour, Lucas Oil Off Road Racing Series, and even the Red Bull Air Race. On top of that, she worked as a reporter for ESPN, ABC, and Fox, providing Stadium Super Trucks and American Le Mans Series coverage.

Read More: How Is IndyCar Different From Formula One?

In 2014, it was announced that Kelli Stavast would be joining the broadcasting team for NBC’s returning NASCAR coverage. Although she covered a variety of races, she was the only original member of the broadcast team that didn’t have experience covering NASCAR. This didn’t slow her down, though. In fact, she excelled at it, just as expected.

Stavast currently lives in Las Vegas with her husband, Gavin, and the successful career that she has made for herself has granted her with some rewards at this point. It’s estimated that her net worth is approximately $1.4 million. Safe to say she’s living the good life!