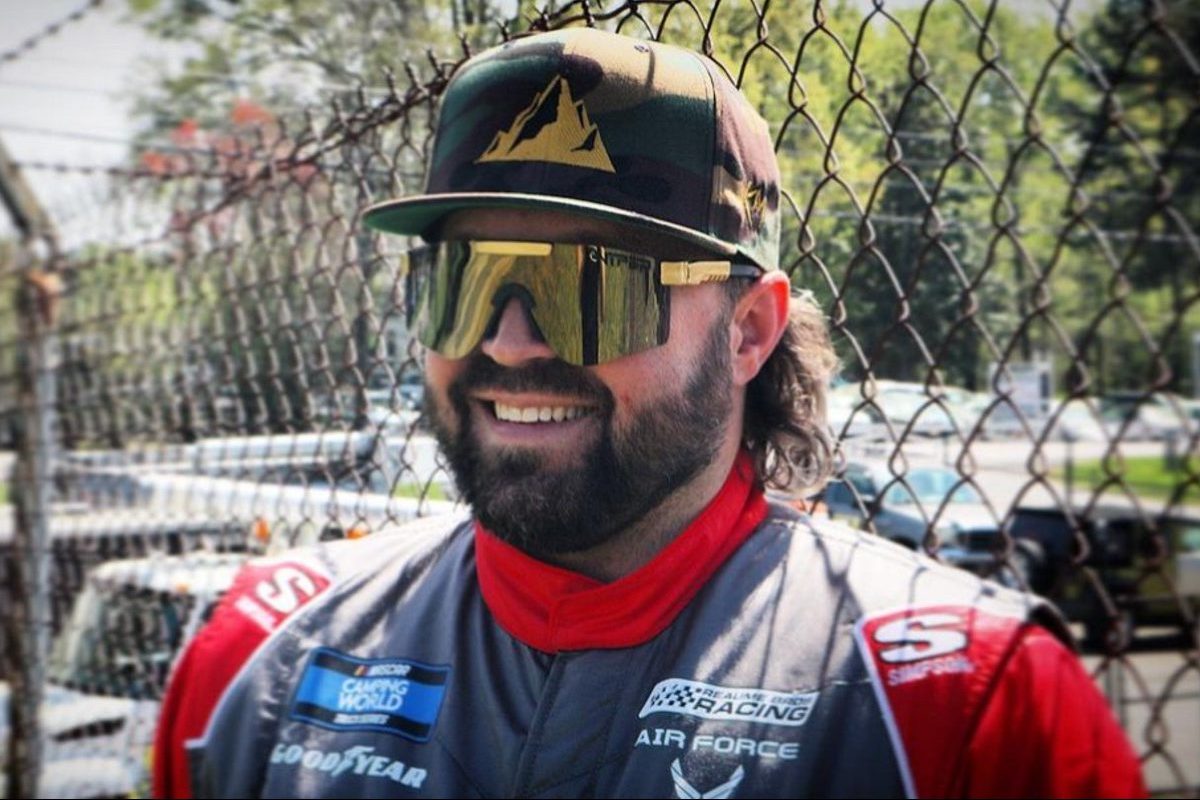 Of all the NASCAR drivers out there, Keith McGee may not be among the most well-known, but he definitely has the most inspiring backstory. A resident of Alaska, 40-year-old McGee broke down two barriers in the sport, serving as the first Alaskan and the first disabled veteran in NASCAR history to race at a national series event.

He currently races the No. 3 Chevrolet Silverado for Jordan Anderson Racing in the NASCAR Camping World Truck Series. He may not be a full-time driver, but this guy loves to be behind the wheel, and he’s proving to have some real potential. McGee needed sponsorship back in May, but thanks to Barstool Sports stepping in, he was able to participate in the Memorial Day race at Charlotte Motor Speedway. This wasn’t just an accomplishment for Keith himself, but a tribute to veterans everywhere.

Since Keith is relatively fresh in the game, let’s take a second to learn more about his interesting past, and see how he worked his way up to becoming a professional NASCAR driver.

Keith McGee was originally born in Truckee, which is an incorporated town in Nevada County, California. He always had an interest in racing, influenced by his grandfather who was a race car builder and his father who was a driver for Factory Polaris. The father and son truly bonded over their love of racing, doing everything from watching NASCAR races on TV to heading to the local track to see sprint car races.

McGee’s mother also has a truly inspiring athletics-based story. She was diagnosed with multiple sclerosis at an early age, and was even told that she may not ever walk again. Amazingly, she went on to compete in the 1988 Winter Olympics in Calgary, where she earned a gold medal. On top of that, she’s a cancer survivor, so it explains why Keith’s race car designs always include breast cancer awareness ribbons.

After high school, Keith had to make a choice between either pursuing his passion for snowboarding or joining the military. Choosing to serve his country, McGee moved to Alaska, where he spent the next eight years with the United States Air Force. His service ended after he was diagnosed with PTSD, but he actually liked the area so much that he permanently settled in Eagle River, Alaska.

He got a job as a RADAR specialist for the U.S. Department of Defense, but it didn’t take very long for him to rekindle his love for racing. Because of this, he decided to take the opportunity to get more directly involved with the sport.

After a new go-kart facility opened up nearby to where he lived in Alaska, McGee started participating more in the races. In 2017, he competed in 115 go-kart events, and won 78 of them. He also competed in a first-year go-kart series, Extreme Racing League, where he won every single race on the way to the championship.

2018 was a big year for McGee, as he competed in the NASCAR Whelen All-American Series. He finished second in points, and even made a stop at Alaska Raceway Park during the season. Keith also took home the championship in the Pro Grand National Series. During his NASCAR K&N Pro Series Wes debut at Kern County Raceway Park, he unfortunately didn’t finish due to a mechanical failure. His best finish and first top-10 finish came at Meridian Speedway in Idaho in 2019.

McGee had big plans to make his NASCAR Camping World Truck Series debut in 2020, but things didn’t exactly work out. He got a chance to drive an ARCA Menards Series West car during testing, but his team Our Motorsports was unable to put him in a seat for actual racing that season. He didn’t find much more luck in the Truck Series, either. During the pandemic, he was supposed to compete in his first race at Talladega with Reaume Brothers Racing, but technical complications in NASCAR’s rules made things a bit challenging. As a result, RBR decided to wait until 2021 for his debut.

In January 2021, McGee finally got his first start in the Camping World Truck Series. He competed in the ToyotaCare 250 at Richmond, but if he wanted to continue racing for the rest of the season, he needed sponsorship. Luckily, Barstool Sports came at the perfect time.

Despite having only run three races in the 2021 Truck Series schedule (Richmond, Charlotte, and Texas) and being low in the standings, McGee still may have a full-time schedule in him yet. Maybe he could even make a run in the Cup Series? It’d be a hard fight to get there, considering McGee is 40 and a relative newcomer to the sport in general. But, considering his background, McGee doesn’t seem to be one to back down from a challenge.